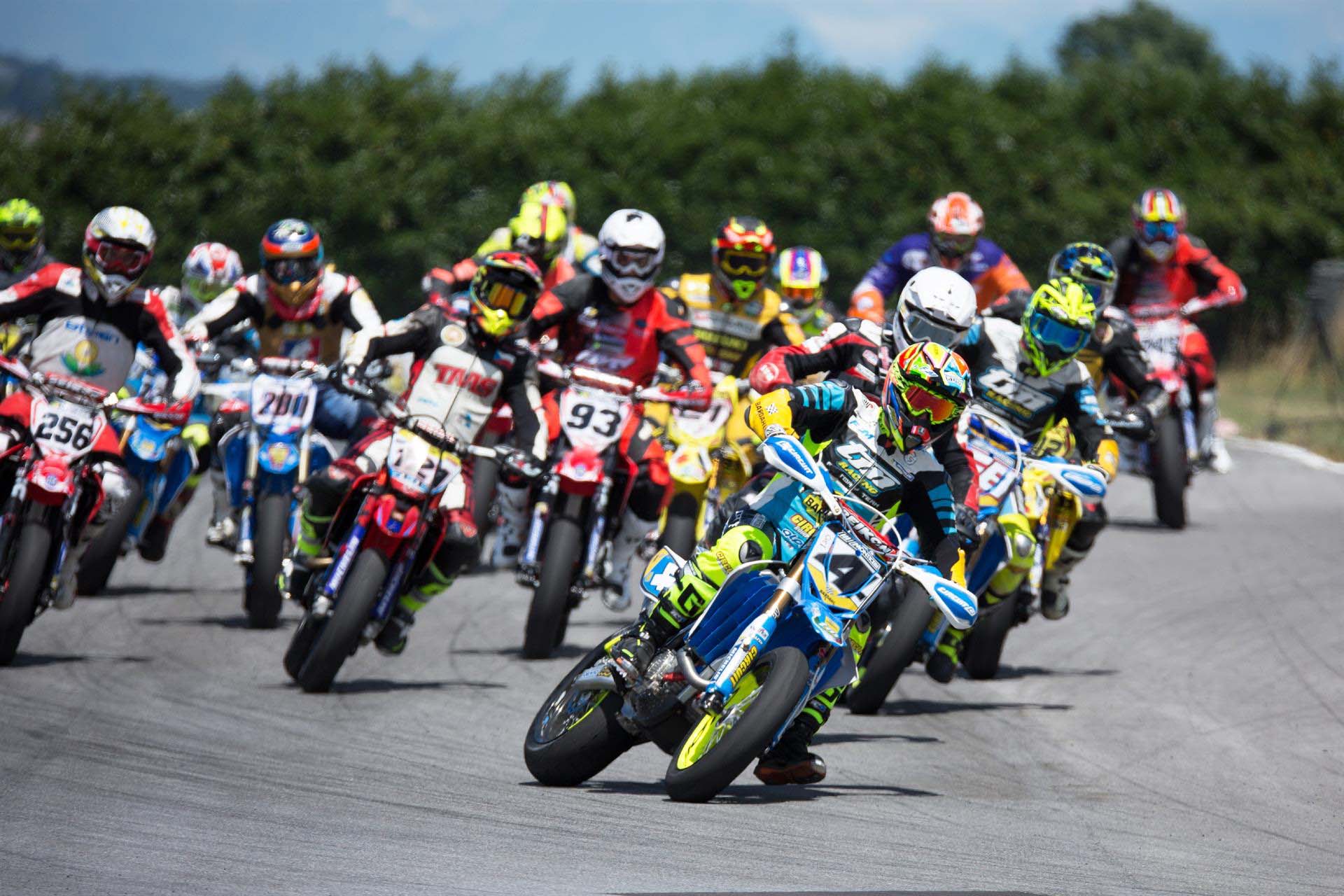 Martigny (Switzerland), 08 January 2018 – XIEM announces that the penultimate Round of the SuperMoto European Championship originally set to take place in Andorra on 5 August, will now be held on 29 July and that the Round of Poland, Poznan is confirmed.

The updated calendar is the following:

*tba to be announced

In the Photo: 2017 of Italy starting grid