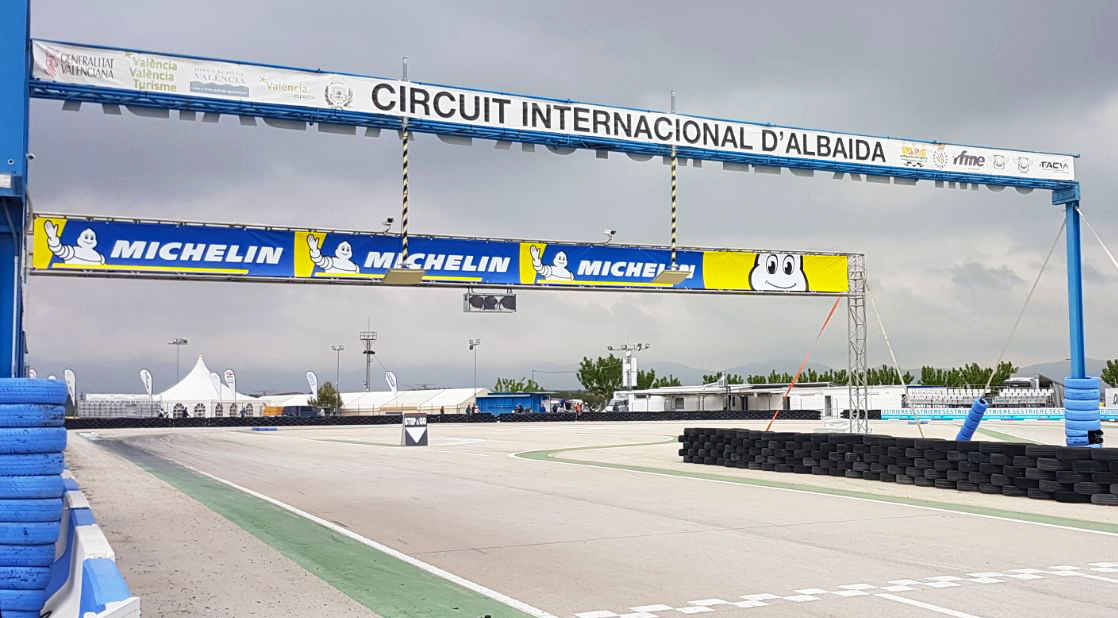 Albaida (Spain) – 20 April 2018,  After two successful years of hosting the rounds of the World and European Championship, the S1 Supermoto European Championship is back in Albaida, Valenciana for the third year and second round of 2018. The racetrack of Circuito d’Albaida is situated in the hills of the Valencia region and with its great off-road section it is one of the favourite circuits on the calendar for the riders. With good weather predicted during the weekend and with grandstands full with spectators the races in Albaida will be full of action again.

After taking the victory in the first round of the season in Ottobiano, defending European champion and TM Factory Racing rider Thomas Chareyre will also try to take the victory in Albaida., but the competition will hard and strong. Most riders are back in their rhythm after the various national championship races last weekend and they will be ready to go for the victory as well. Runner up in the championship after his second place in Ottobiano,  Degasoline Motorsport rider Pavel Kejmar will try to take his first victory of 2018. Kejmar will be accompanied by his teammate Patrik Pals.  Third position currently is for Phoenix Racing rider Markus Class who is getting faster each race. Phoenix Racing will be present again with four riders in Spain. Next to Markus Class, Italian rider Elia Sammartin, French rider Nicolas Cousin and young Swiss rider Luc Hunziker will be riding for the new Italian team. SWM Factory has two riders in the top five after the first round. Italian rider Edgardo Borella and his Finnish teammate Mauno Hermunen will defend the red/white colours of SWM and both riders will try to get into the top three after the weekend.  TM Factory Racing is not only present with Thomas Chareyre but also his teammates Diego Monticelli and Joan Llados will be chasingvthe points. For the Spanish team of Suzuki Grau Racing the race in Albaida is their home round. The team of Angel Grau will have three riders in Albaida. David Gimenez, Ezequiel Iturrioz and Jaume Gaya will defend the yellow colours of Suzuki. MTR KTM from Franco Mollo will have his three riders at the start again and with French rider Laurent Fath getting faster and faster on the KTM , Fath will be one of the outsiders for the podium. Next to Fath, Belgium rider Romain Kaivers and Eero Madisson will be riding in Albaida. After his seventh place in Ottobiano, Tuning Motorsport rider Milan Sitniansky will try to continue his good season so far. Sitnianksy will not be the only Honda rider in Spain. Also the Italian team of Gazza Honda Racing will have their riders Luca Ciaglia and Aaro Harvia ready to race in Albaida. Another team which is close to home is the team of TM Racing Andorra. Two riders Lewis Cornish and Norwegian rider Sondre Haaverstad will defend the blue colours of the Andorran team.

Together with a lot private teams with fast riders like SBD Union Bike rider Giovanni Bussei, RAW Motorsport riders Steve and Eddy Pasco and Werk64 rider Raoul Tschupp in total 31 riders will be on the grid this weekend in Albaida.

In the pictures: Albaida track

ROUND OF COMUNITAT VALENCIANA