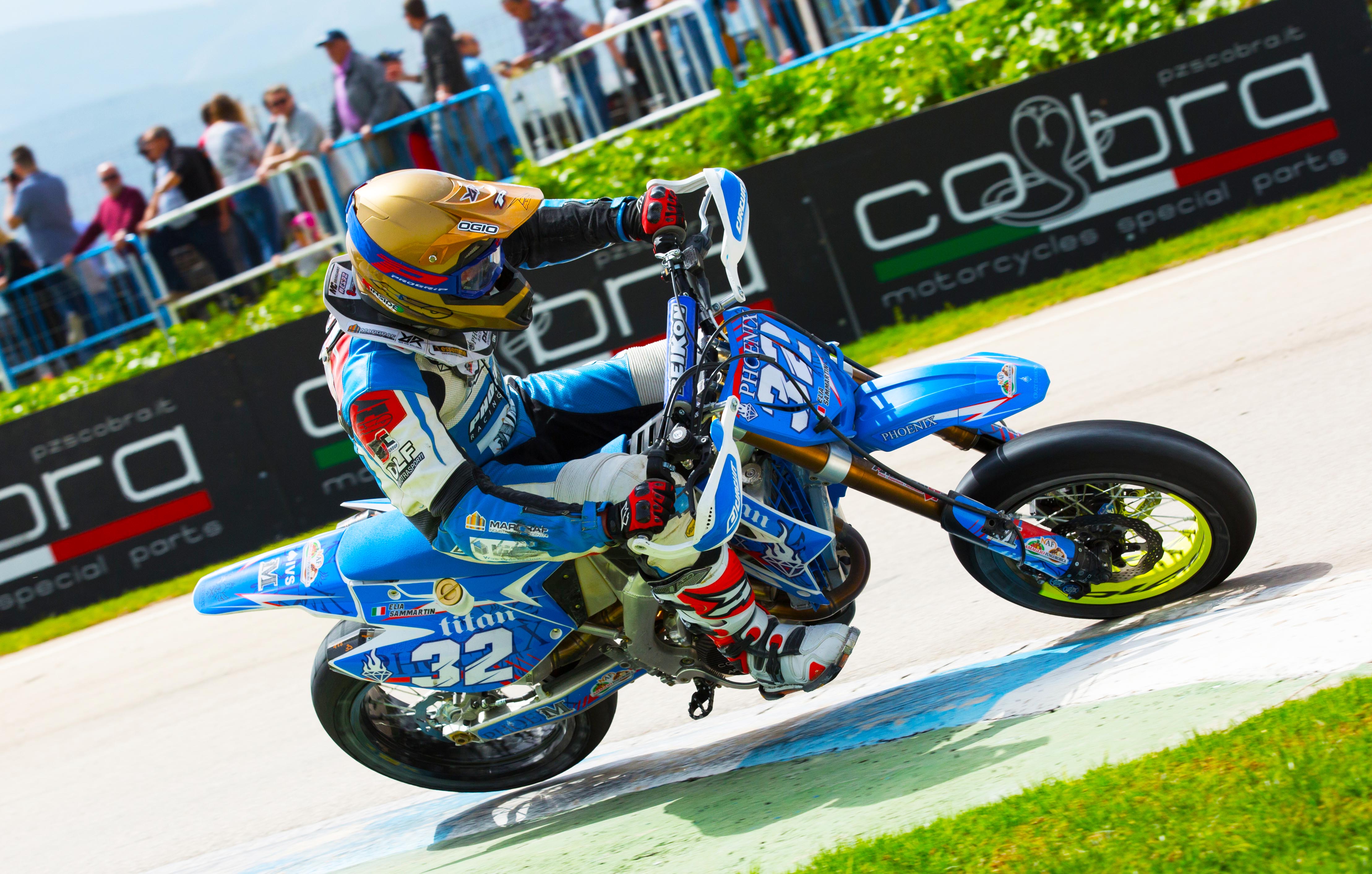 Martigny (Switzerland) 23 May 2018 – XIEM and PZ5 COBRA, the Italian leading Company in the production of special power parts for Supermoto (among which double and single brake systems, slipper clutches and many other fundamental stuff), are pleased to announce that their partnership agreement for the SuperMoto European Championship and Supermoto of Nations has been renewed also for this year.

In this relatively short timeframe, PZ5 built, thanks to its young and motivated team, a solid leadership in manufacturing special parts for Supermoto, now focused also in the fields of motocross, enduro, rally and “special” motorcycles.

Will continue with the “track assistance” for PZ5 and its long term partners Alpina and Adige products.