RIDERS, TEAMS AND SESTRIERE ARE READY FOR THE FINAL OF THE 2018 SEASON 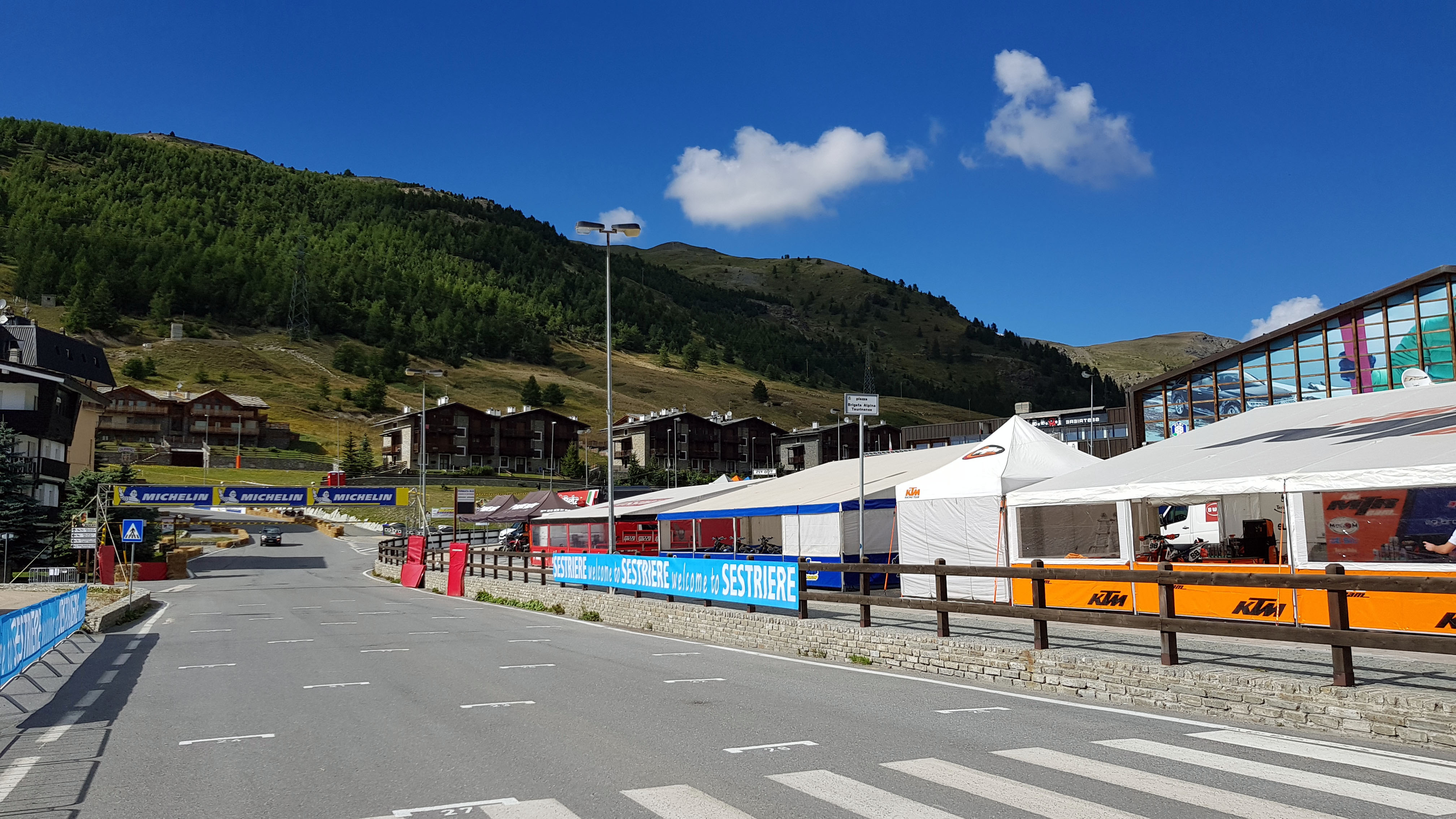 Sestriere (Italy) 07 September 2018 – After the summer break the S1 Supermoto European Championship is preparing itself for the big final in Italy.  The last round of the championship will be held in the streets of Sestriere in the heart of the Italian Alps. Sestriere is the highest situated village in Italy and former host of the Olympic Winter games.  In the streets and surrounding area of Sestriere a complete temporary racetrack is built for this event.  With the tight bends, short straight and challenging off-road sections of the track, lots of action is guaranteed. Together with  the good but cold weather predictions for the weekend, the races will be a great final for the 2018 season.

The battle for the 2018 Supermoto European Championship title is still open for a few riders and for all the title candidates the pressure will be high. After the fourth round of the championship in Thessaloniki, the red plate went again home with Degasoline rider Pavel Kejmar. The fast Czech rider still has a small lead towards second rider in the championship TM Factory Racing rider Thomas Chareyre. Pavel Kejmar is determined to take the title home to the Czech Republic and will go all the way to achieve this goal, together with his teammate at Degasoline, Patrick Pals, With all riders back on track and the National championships resumed everybody is eager to get his best result of the season. After his win in Thessaloniki  TM Factory Racing rider Thomas Chareyre closed the gap to Kejmar to 15 points, second place in the championship, and the French multi champion is determined to give everything he’s got to add another title to his impressive list. Chareyre will be accompanied in Thessaloniki by his teammates Diego Monticelli, currently 5th in the standings, and Spanish rider Joan Llados. Third place in the championship currently is for Phoenix Racing rider Markus Class. Class is 25 points behind the leader and is still in the race for the title. Alongside Class, Italian rider Elia Sammartin, French rider Nicolas Cousin and Swiss rider Luc Hunziker will defend the blue colours of the team. Sammartin is the leader of the S1 Lites class and will try to take the 2018 S! Lites title. Tuning Motorsport rider Milan Sitniansky is fourth in the championship The Czech rider is also present in Sestriere to set a good result and finish the season in style. Sitniansky will be accompanied by another fast Czech rider in the name of Petr Vorlicek.  The SWM Factory team is complete again in Sestriere. Finish rider Mauno Hermunen is better and better in form and will go for the podium in the Italian streets. Italian rider Edgardo Borella is back on the SWM after his injury sustained in Poznan. Spanish Suzuki Grau Racing will have three riders in Greece. Spanish riders David Gimenez and Jaume Gaja will defend the yellow colours of Suzuki together with Argentinian rider Ezequiel Itturioz . The orange team of MTR KTM from Franco Mollo has again three riders present in Sestriere. With all MTR riders in good form in their National championships and previous rounds, the Italian team is out of the outsiders for the victory. French rider Laurent Fath, Belgium rider Romain Kaivers and Finnish rider Eero Madisson will defend the colours of KTM. For team Gazza Honda Racing the race in Sestriere is close to home, like for the other Italian teams  and ready to race. Gazza Racing will have three riders at the start this weekend. Italian riders Luca Ciaglia, Daniele di Cicco and Finnish rider Aaro Harvia will be riding for the team of Max Gazzarata.

Next to the bigger teams, a lot of private riders and teams made to trip to the Italian Alps. SBD Union Bike rider Giovanni Bussei, RAW Motorsport riders Steve and Eddy Pasco, Werk64 rider Raoul Tschupp, TM Racing Andorra rider Sondre Haaverstad, J-Team Racing rider Gabriele Gianola and private rider Erik Provazik are back in action as well this weekend.  The Brazilian Piquet Motorsport team will be present again with rider Pedro Rhen.  Team Cobra PZ5 rider Andreas Buschberger and Birba Racing rider Gioele Filipetti are completed the field of strong riders in Sestriere. In total there will be 33 riders at the startgate of one of most exiting races this season.

On Saturday the 8th of September the free practices and time practices will be held. The first race on Sunday starts at 12:00 hours.