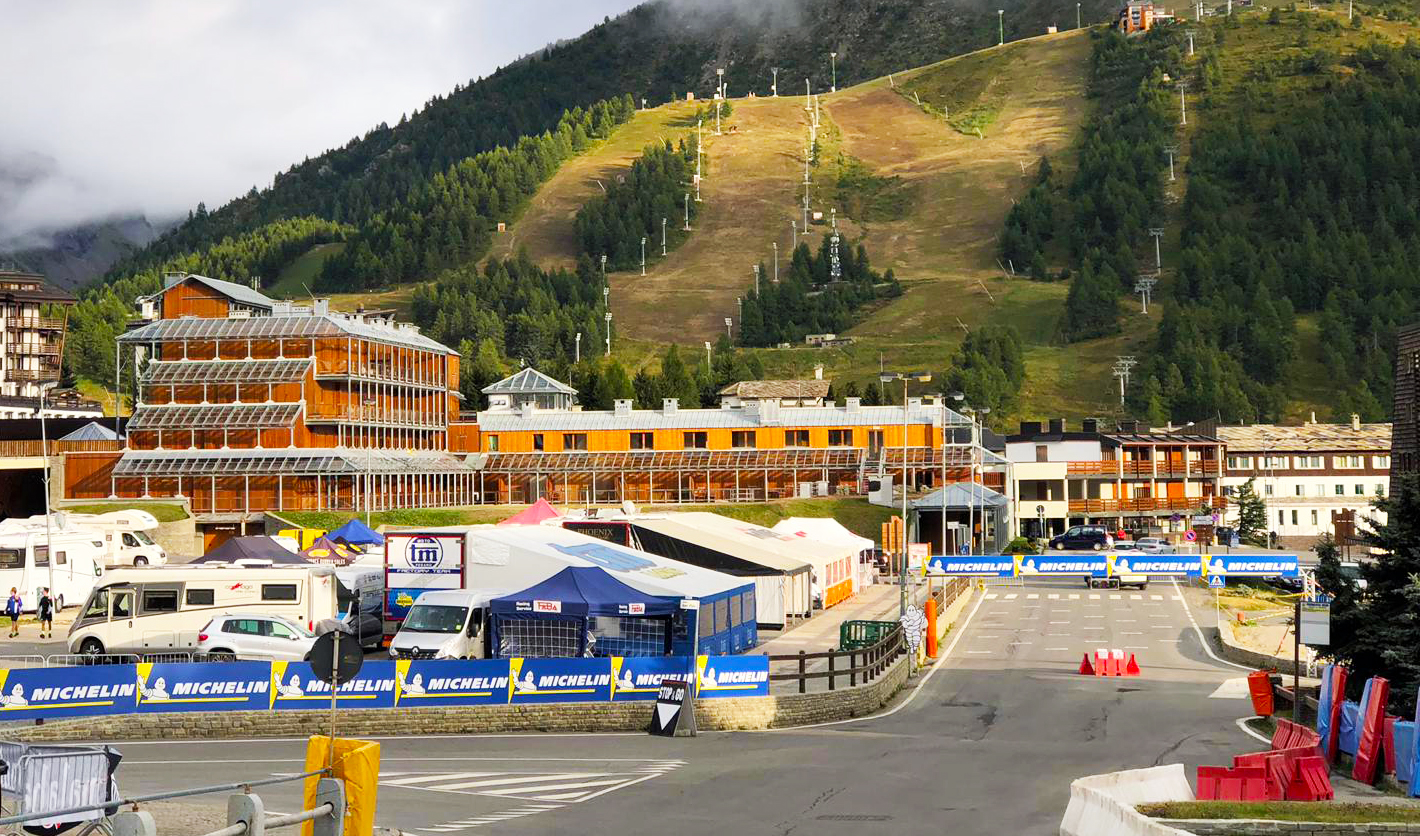 Sestriere (Italy) – 6 September 2019,  Coming weekend the last round and the grand final of the S2 Supermoto European Championship will be held in Italy.  Like in 2018 the final will be held in the streets of Sestriere in the heart of the Italian Alps. Sestriere is the highest situated village in Italy and former host of the Olympic Winter games.  In the streets and surrounding area of Sestriere a temporary racetrack will be especially build for this event.  With the tight corners, short straights and technical off-road sections action is guaranteed again. Together with the stunning views on the mountains of Italy, the spectators will for sure enjoy the action in the grand final of the 2019 season.

After his victory in Spain, three weeks ago, TM Factory Racing rider Thomas Chareyre is the man to beat in Sestriere. With a lead of 39 points on second rider Phoenix Racing rider Markus Class, Chareyre only needs 11 points to secure his eight title and the European and World title double like in 2017.  In the streets of Sestriere everything is possible but Markus Class will have to push himself and his Husqvarna to the limit to keep his changes for the title open until the last round on Sunday. TM Factory Racing will have two riders at the start in Sestriere. Thomas Chareyre will be accompanied by Patrick Pals who joins the factory team for the last event of the European championship season. Phoenix Racing is one of the most successful teams this season with all four riders in the top five of the championship. Markus Class, Elia Sammartin, Nicolas Cousin and Milan Sitniansky have prepared themselves and their bikes to its best and will try to get to the podium in the Italian Alps. With second and third place in the championship still open for all riders, the battle between the teammates will be tense until the last finish flag. Suzuki Grau Racing from Spain will be complete again in Sestriere after missing Daniel Guzman and Pedro Rehn in Spain. The yellow Suzuki team is completed by Marcelo Silverio and Jaume Gaya, who is still in the race for the 2019 Junior Cup title together with German Husqvarna rider Jannik Hintz. Off course Jannik Hintz will be at the start in Italy and the young German rider still has the chance to take two titles this season. Hintz is currently leading the Junior Cup and is second in the Lites Cup on 18 points behind Birba Racing rider Gioele Filippetti who is ready for the battle on his home ground in Italy. Filippetti is the current leader of the Lites Cup and will do his upmost best to take the title in Sestriere.

MTR KTM Racing from Franco Mollo will have one rider at the start. Finnish rider Eero Madisson will again represent the orange colours of the team. After missing the race in Forcarei, Gazza Honda Racing is back again on the track with their France rider Emerik Bunod. TMS Motorsport from team manager Petr Vorlicek will have only their Brazilian rider Justino Kleber present at the last round of the S2 Supermoto European championship.

Another team which makes her comeback is Vertemati Racing. Michael Vertemati will try to set his best result of the season on the family build bike. The experienced rider will do his very best to end his difficult season in style. After his election for the Italian team for the FIM Supermoto of Nations, Italian rider Luca D’Addato will join his teammates in the Alps to prepare himself for the Nations.

In total 20 riders from 9 countries will start this weekend at the last round of the 2019 S2 Supermoto European Supermoto Championship. With still valuable points to race for, and some positions in the championship still open for several riders, racing will be intense on the challenging track of Sestriere.

In the photo: Sestriere track