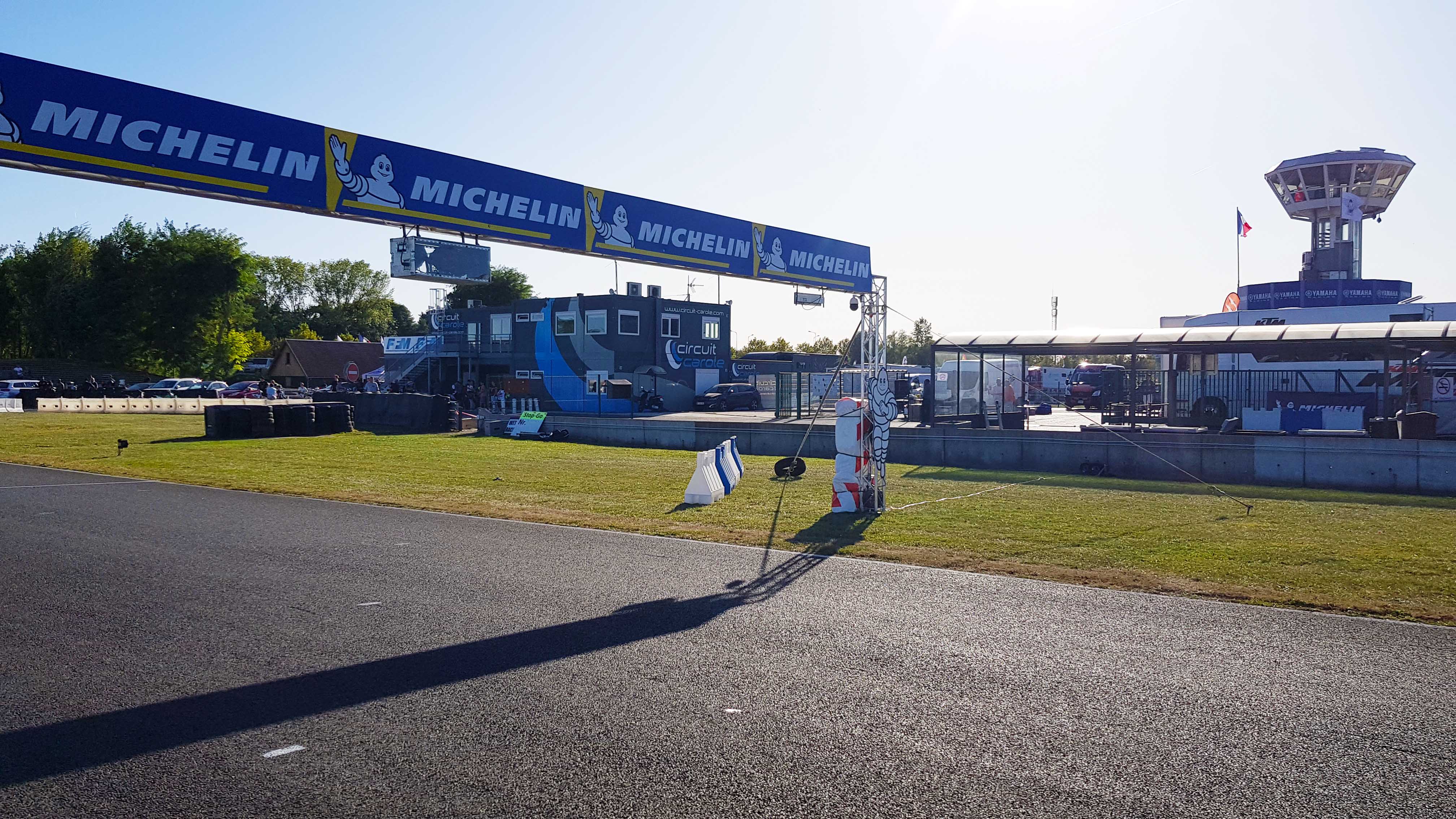 Tremblay en France (France), 20 September 2019.  This weekend the 2019 edition of the FIM Supermoto of Nations will be held at Circuit Carole in Tremblay en France near Paris, France. After hosting the event in 2017, the Olympic games of Supermoto are back in France. The Circuit of Carole is one of the best equipped venues in France with great facilities for the teams, riders an spectators. The circuit in Paris has long high speed straights, fast corners and technical off-road sections. With good weather predictions and the home race of the French teams, the spectators will make sure the atmosphere on the track is going to be great. In total 22 teams of 17 countries will compete for the FIM Supermoto of Nations title.

Eight times winner of the FIM Supermoto of Nations, Team France is back on their home ground after the victory in 2018 in Spain. The French federation has chosen not to change a winning team and for the fourth consecutive year Team France will have European and World champion Thomas Chareyre, number three in the World Cup, Laurent Fath and Sylvain Bidart as riders. The three riders of the team will for sure be one of the biggest favourites for the victory again. The senior team of France is not the only strong team of the hosting country. The Junior team of France will have Nicolas Cousin, Emerick Bunod and Axel-Marie Luce as riders. Every rider of this young team  had an excellent season and they are in a winning flow which makes them one of the outsiders for the podium. Last years number two, Team Italy will be back this year with one change in the team. Luca d’Addato, Diego Monticelli and the number three of the European championship Elia Sammartin will defend the colours of Italy. Team Czech Republic took the last place on the podium last year in Spain and will compete this edition with the same experienced team as in 2018.  Erik Provaznik, TMS teammanager Petr Vorlicek and number four of the European championship Milan Sitniansky will be proud riders for their country. Spain will again have two teams in the FIM Supermoto of Nations. Team Spain Senior will have Ferran Cardus, Jose-Luis Crespo and David Gimenez as riders. These riders will try to improve their fourth place in the Supermoto of Nation in 2018. For the Junior team, Jaume Gaya, runner up in the Junior Cup, Angel Lorente and Joan Ruiz will defend the red yellow colours of their country. After their sixth place overall in last year’s edition, Team Great Britain, one of the longest competitors will be present in France with a mix of experienced and young riders. Jamie Duncan, Richard Blakeman and Jordan Bannon will defend the Union Flag in France.

Team Estonia finished seventh overall in 2018 and is again present in France with Patrick Pals, Prants Pals and new rider Alex Vetkin. Another team who is always present at the FIM Supermoto of Nations is Team Portugal. This year the green red colours of the country are defended by Sergio Rego, Nuno Pinto and Nuno Rego who is replacing the injured Ricardo Silva. Team Brazil has also made the long journey to Tremblay-en-France with two riders who rode the complete S2 Supermoto European championship Kleber Justino and Marcelo Silverio. Third rider of team is Irineu Trudes.

Another Baltic country who is present is Team Latvia with Nornumds Freimanis, Dzintars Baltais and Edgars Ivuskans as riders. Team Belarus will try to improve last years’s thirteenth place with their riders Anton Charnavushka, Aliaksei Charnavets and Aleksei Astafev.

After missing the FIM Supermoto of Nations in 2018, Team Germany is back with a strong group of young and experienced riders. Jannik Hintz, the Junior Cup winner of 2019, Steffen Albrecht and Jan Deitenbach will be one of the outsider for a podium place in Paris. Another county which is back after their absence last year is Team Belgium. Belgium will be present with two teams. The senior team will have Sebastien Bouillon, Nicolas Charlier, who is replacing the injured Thomas Decaigny and Nicolas Decaigny. The Junior team of Belgium is a group of young talented riders who for sure will try to get on the Junior podium. The riders are Loucas Capone, Romeo Fiorentino and Romain Kaivers. A new team in the Nations is Team Israel. Itshak Guy Larea, Asaf Ben Aharon and Felxi Ilan Braverman are the proud representatives of their country in France. Team Poland will be present with their riders Pawel Leskow, Kevin Chadrysiak and Denis Chadrysiak. Lithuania is the last Baltic country who is present. The riders Povilas Leckas, Vidmantas Vaidinauskas, Vladas Goncarovas of Team Lithuania will try to set the best result possible and beat the other Baltic countries. The last two countries didn’t complete in last year’s edition of the FIM Supermoto of Nations, but both are back with two teams of the their countries. The senior team of Austria is an experienced group of riders who will go for a top ten position. Andreas Buschberger, Manuel Stehrer and Martin Huber are the riders of the senior team. In the junior team of Austria the only female rider is representing her country. Together with her teammates Luca Reichenfelser and Johannes Hintermaier, Kim Adlhart will go for the best result possible. Last but not least, Switzerland is also back again with two strong teams. The senior team is an experienced group with the riders Timo Graf, Randy Götzl and Marcel Baumgartner. Team Switzerland Junior will have the riders Yannick Bartschi, Gautier Ropraz and Luca Hoffstetter ready for the races.