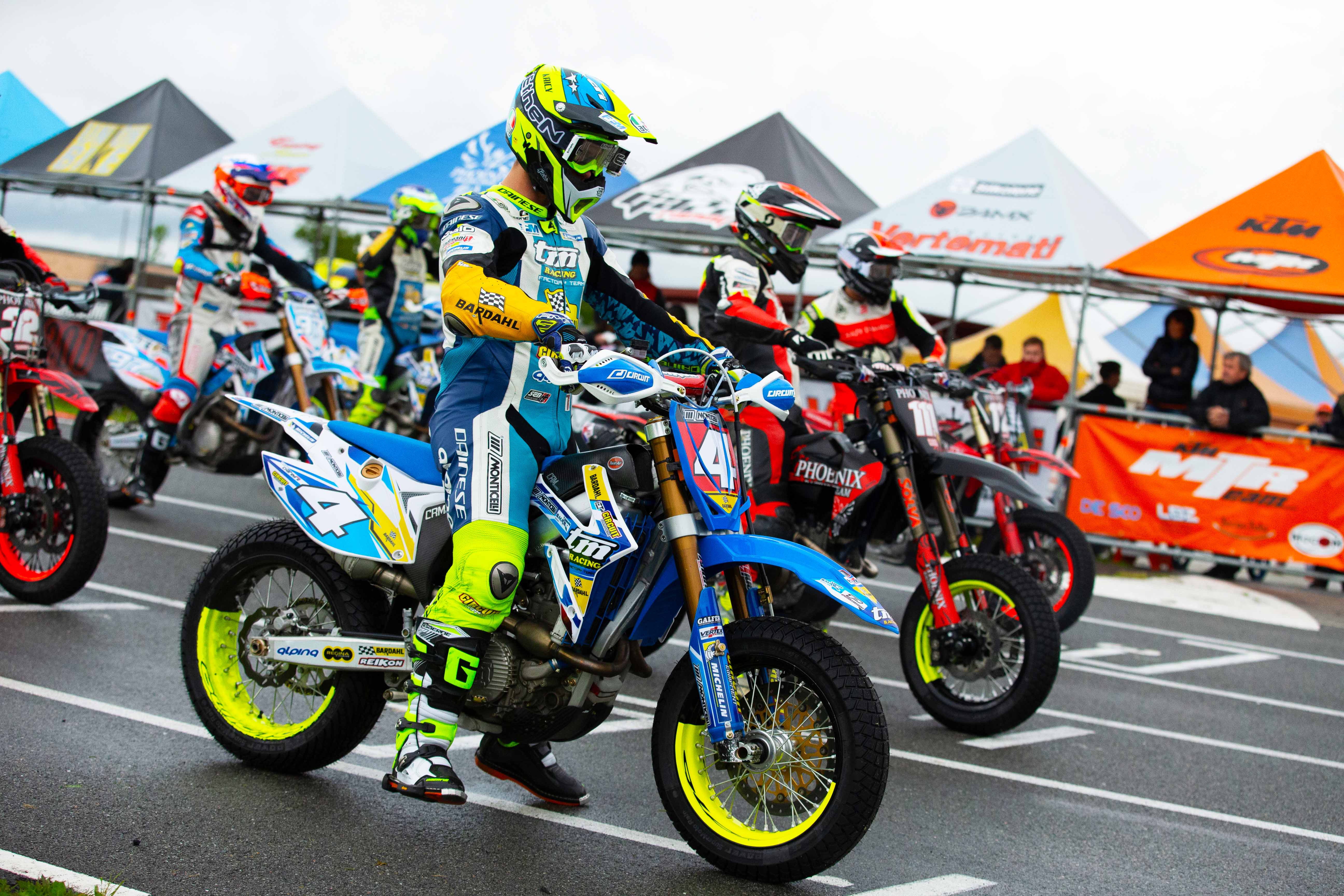 The calendar will be organized in six Grand Prix together with six Round of the European Championship, will start the 19th April in Italy in Lombardia on the improved  Castelletto di Branduzzo Motodrome  that will has three different sections: asphalth, sky section and off-road, will continue on 31 May in Spain in Forcarei and on 21 June in the new International Circuit of Abruzzo (Italy) instead for 12 July we are waiting for a confirmation. On 2nd August important return in the Austrian Circuit of Greinbach and then the Championships will finish on 30 August in the famous track of Paul Ricard at Le Castellet where the 2020 Titles of World and European Championship will be assigned.

The international season of the FIM SuperMoto will ends on 13 September with the SuperMoto of Nations on the tested international circuit of Busca (Italy) that for the occasion will shows itself with some important news.

In the photo: 2019 departure (Montalegre – Portugal)