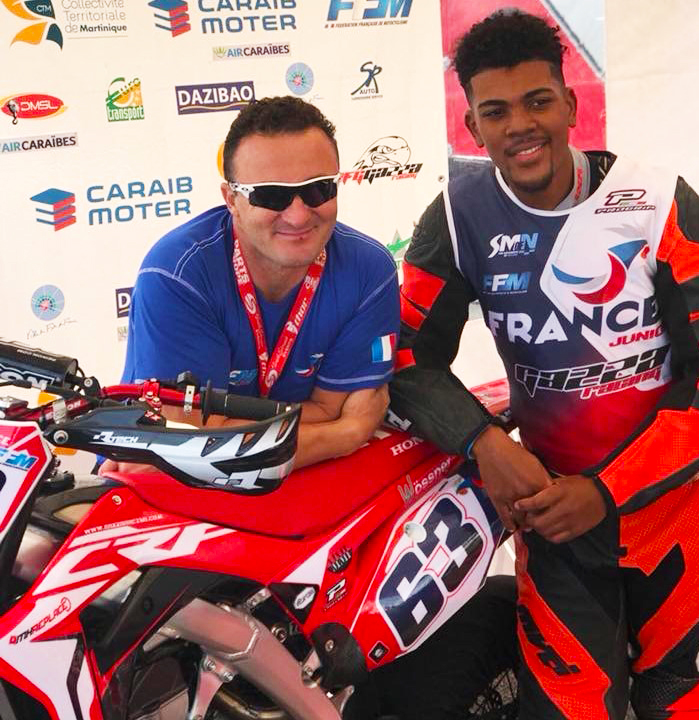 Martigny (Switzerland) 22 February 2020 – Gazza Racing Team this season will be rapresented in S1GP from the rider Emerick Bunod  from Martinica for the fourth season, the rider is with Gazza  from 2016 and last season in France won the Junior class at SuperMoto of Nations.

Young new entry in the European Championship is Youry Catherine, also him from Caribbean island, he signed an agreemt for three years with Gazza Racng, thank to his young age,  he is only 16 years old, and potential.

Confirmed in S2 the young French rider Kevin Negri and in Open Class will be the Belgian Nicolas Decaigny.

The Team Manager Max Gazzarata said that riders are training intensely in Italy and the goal is win the European Title, the team will arrive at the first race with a new face with a new service truck and a new Hospitality.