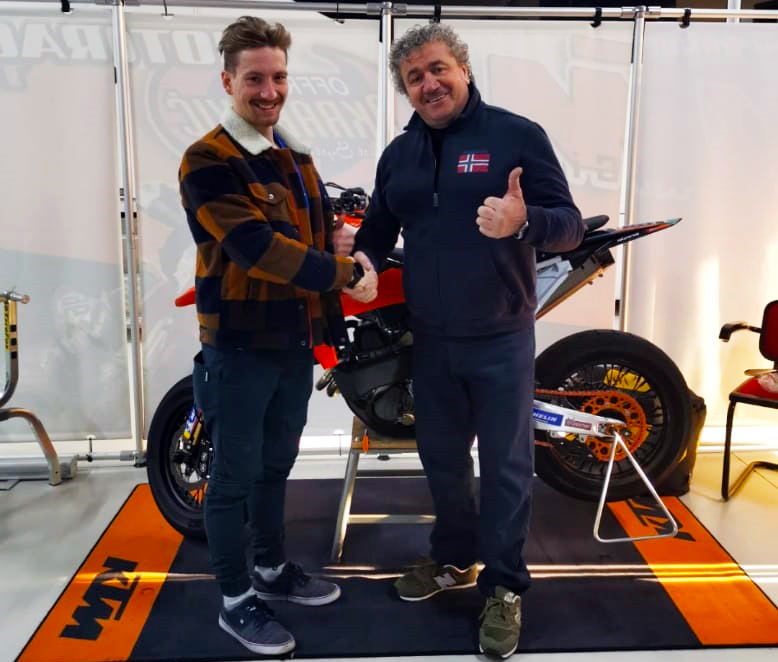 Martigny (Switzerland) 11 February 2020 – KTM MTR Racing Team announced the agreement for the participation in the Supermoto World Championship with the strong Austrian Husqvarna official rider Lukas Hollbacher on his return after a period of absence from the world circus but who had already participated in the Supermoto World Cup last year proving to be able to fight for the podium.

Franco Mollo – KTM MTR team manager said :”I am happy and very motivated for this agreement with Lukas, we will do our best to make our mark in this championship which is more hardened than ever this year”

In the photo: on the left S1GP Rider Lukas Hollbacher and on the right Team Manager KTM MTR Franco Mollo