MARC-REINER SCHMIDT WINS THE FIRST RACE IN BUSCA ON SATURDAY 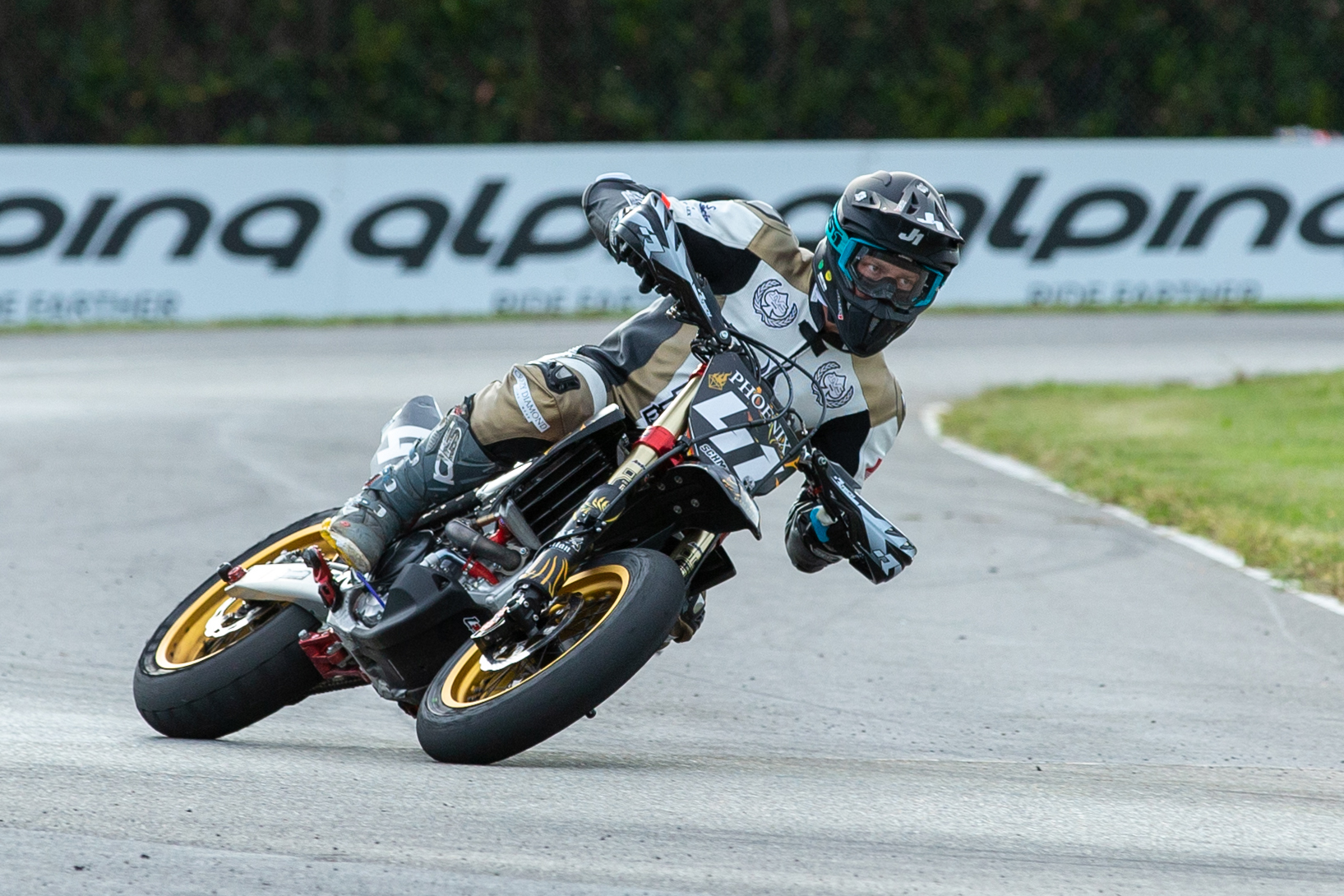 Busca (Italy), 26 September 2020 – After two rounds full of action and close racing, this weekend we have the final round of the FIM Supermoto World Championship of 2020. The final will be held at International Circuit of Busca, in the province of Cuneo. Busca hosted many International Supermoto events in the past and is perfectly equipped for a thrilling end of the season. Under clear blue skies and with the mountains on the background, it was Phoenix Racing rider Marc-Reiner Schmidt who took the victory after again a thrilling race.

In the first free practice for the S1GP on Saturday it was TM Factory Racing rider Thomas Chareyre won sets the fastest time of this session, followed by KTM MTR rider Lukas Hollbacher and Phoenix Racing rider Elia Sammartin. Second free practice started at 12:30 hours in Busca and again it was Thomas Chareyre who was fastest in front of Phoenix Racing rider Marc-Reiner Schmidt and Lukas Hollbacher. Last practice session of the Saturday was the time practice and Superpole. Like in the free practices Thomas Chareyre sets the fastest time in the time practice. His time of 1:17:474 was 00:322 seconds faster than second rider Marc-Reiner Schmidt. Degasoline rider Mauno Hermunen completed the top three in this session.

The Superpole started directly after the time practice. First rider to set a time was Phoenix Racing rider Milan Sitniansky. After his lap, The Czech rider could only wait on the others. First rider to beat his time was Lukas Hollbacher, but his teammate Elia Sammartin couldn’t beat the set time and had to settle for sixth place on the starting grid. With Mauno Hermunen beating Hollbacher it was down to Schmidt and Chareyre. With the fastest time of the day  in Busca, Thomas Chareyre took the Superpole and with that the pole position for the races with Marc-Reiner Schmidt in second place.

When the light dropped for the first race of the final weekend in Busca, it was Degasoline rider Mauno Hermunen who took the holeshot into the first lefthand corner of the racetrack, followed by Marc-Reiner Schmidt, Thomas Chareyre and Milan Sitniansky. Lukas Hollbacher had some trouble in the first corners and was in fifth position. Sixth place was for Elia Sammartin. Already in the second round Schmidt and Chareyre passed Hermunen and both riders began a fight for the lead in the race. In the meantime Hollbacher regained his rhythm and started to push forward passing Sitnianksy and Hermunen in lap five and seven. Hermunen tried to stay behind Hollbacher but after a few laps he lost the connection. In front the battle for the lead was still wide open. Chareyre managed to pass Schmidt at the long straight pas the German rider immediately passed him back a few corners later. This fight gave Hollbacher the opportunity to get closer and closer. With a few laps to go Hollbacher closed the gap and the battle went from two to three riders. Lap after lap Chareyre tried to Schmidt from every side and angle but the Phoenix Racing rider didn’t make any mistake and defended his lead. Behind Chareyre, Hollbacher tried the same but the Austrian rider had to less time to get close enough and he had to settle for third place. Marc-Reiner Schmidt kept pushing and took the victory in the first of the weekend in front of Thomas Chareyre. Mauno Hermunen was still in fourth with no real competition from behind. The battle for fifth was all race between the teammates Sammartin and Sitniansky. Halfway the race Sammartin took the fifth place from the Czech rider and kept this position until the finish.

Tomorrow the two last races will decide who will become the 2020 FIM Supermoto Worldchampion.

The FIM Supermoto World championship will be broadcasted delayed, by clicking HERE you will obtain the full tv list.

In the photo: #41 Marc-Reiner SCHMIDT