KEVIN NEGRI AND MICKAEL AMODEO WIN ON SATURDAY IN BUSCA 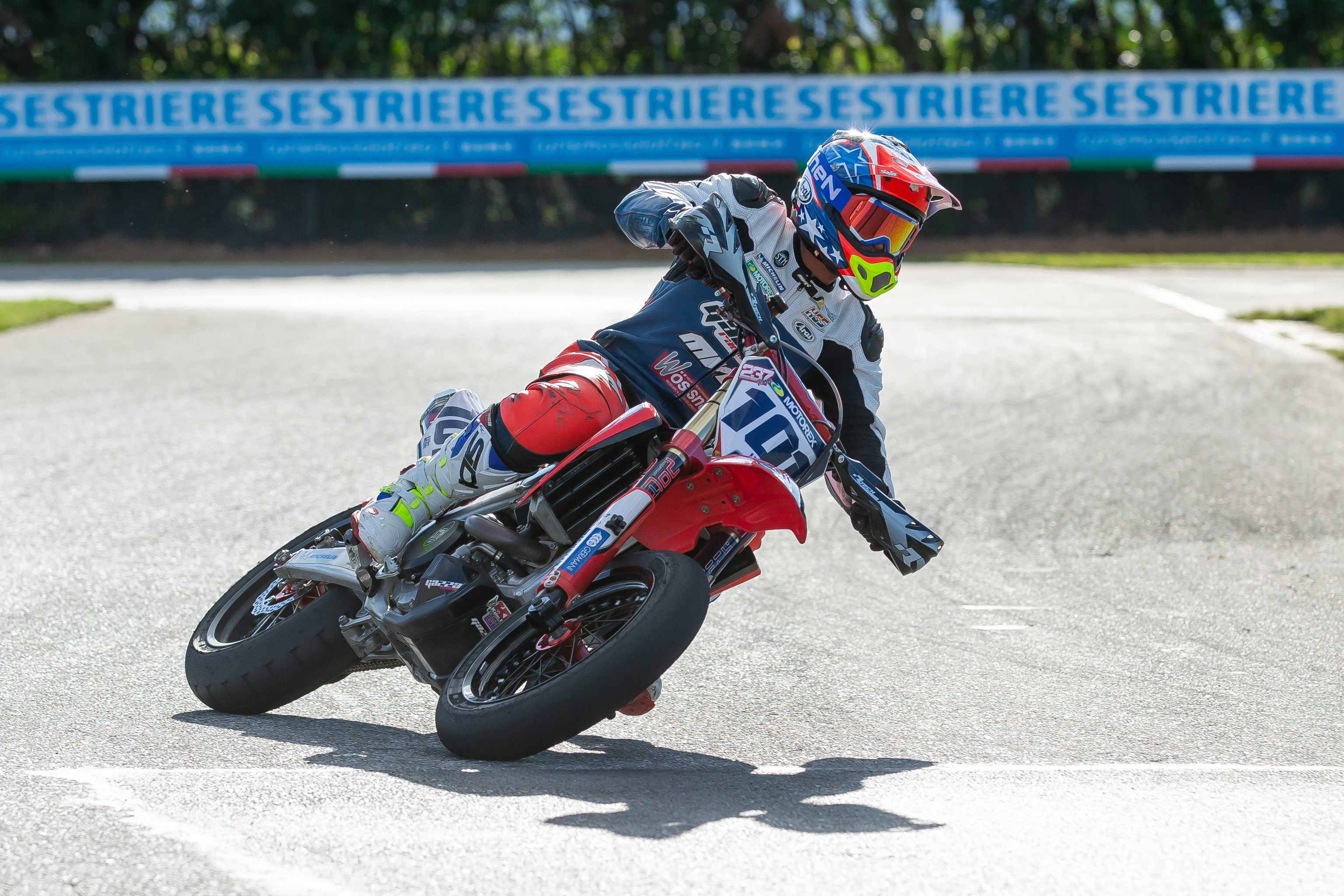 In the first free practice on Saturday Gazza Racing rider Kevin Negri was the fastest in front of L30 Honda rider Romain Kaivers and SMX rider Mickael Amodeo. Fastest time in the second free practice was also for Kevin Negri, followed by TM Factory Racing riders Steve Bonnal and Diego Monticelli. In the time practice it was Mickael Amodeo, who rides in the S Open Cup, who sets the fastest time of 1:18:256, 00:283 seconds in front of Kevin Negri and Diego Monticelli. With his fastest time Amodeo will start from pole position in the first race this afternoon.

At the start of the first race of the combined S2 class and S Open Cup it was Gazza Racing rider Kevin Negri who took the holeshot in front of TM Factory Racing rider Diego Monticelli, Mario Schafler, L30 Honda rider Loucas Capone and Yannik Bartschi who had a good start from the back of the field. SMX rider Mickael Amodeo had a good start as well, but at the end of the first lap the French leader in S Open Cup crashed and had to restart his race from tenth. In the lead Kevin Negri didn’t wait for anyone and lap after lap he extended his lead to Diego Monticelli. The battle for the third place was still in full swing with six riders only a few meters away from each other.  This battle continued until a few laps before the end. Youri Catherine and Jannik Hintz start pushing harder and with four laps to go both riders passed Schafler and Capone making Catherine third and Hintz fourth in the race. Also Amodeo was on fire again and the Frechman also passed them after the others in front of him made some mistake. With Amodeo’s fifth place he did maximum damage control and still won the race of the S Open Cup. In front Negri was in full control and the Gazza rider took the victory in front of Monticelli.

Youri Catherine was able to stay in front on Hintz and completed the top three in this first race.