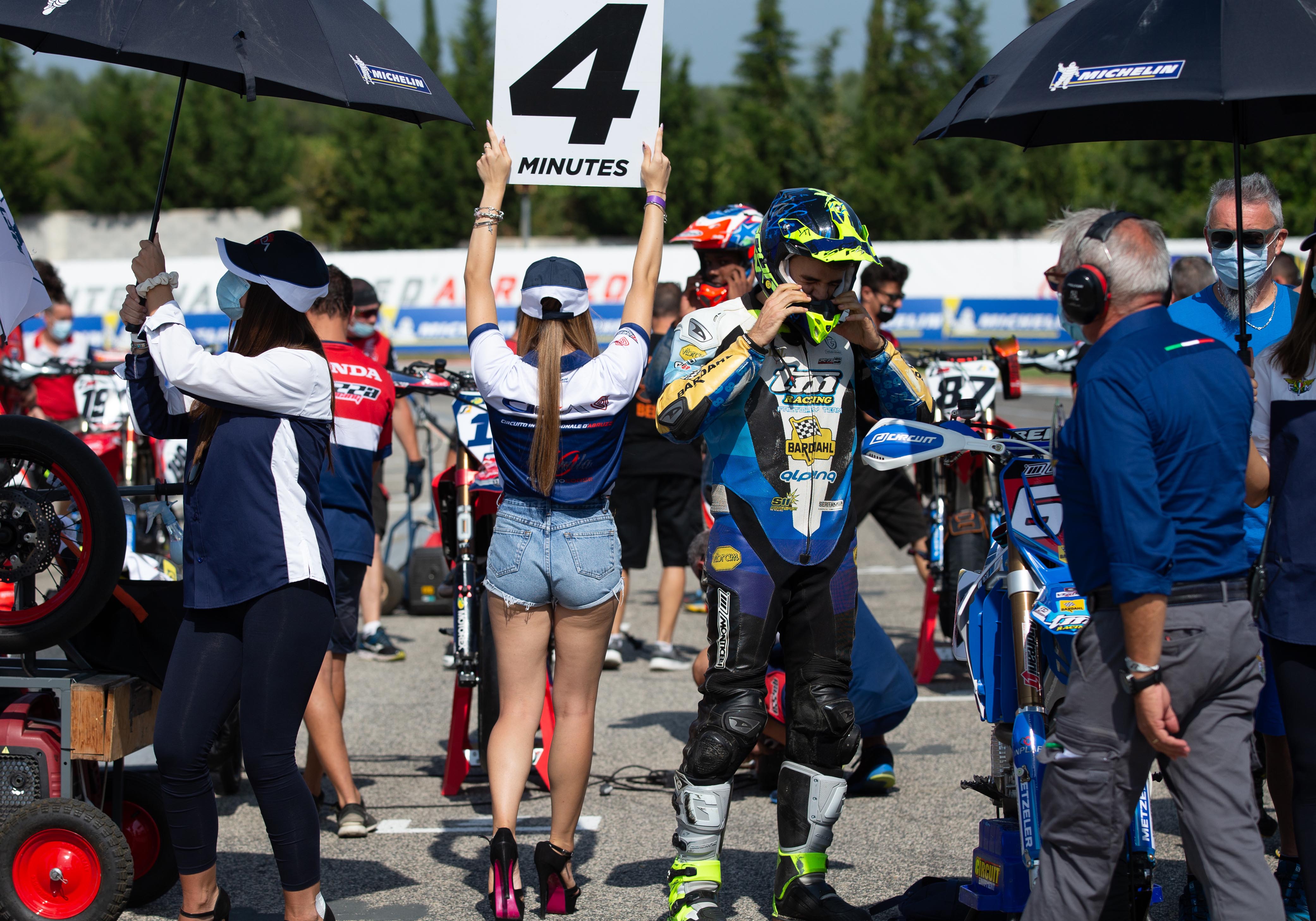 Martigny (Switzerland), 16 February 2021 – XIEM and FIM are pleased to publish the new 2021 rules that will regulate the S1GP FIM SuperMoto World Championship. A new race format in order to make the discipline even more interesting.

Format of the event

The winner of the “SuperPole” earns 1 World Championship point.

The riders’ starting positions are determined as follows:

Introduction of a “Joker Lane” on the course which:

–             Must be used by the riders one time and not more than once otherwise they will receive a 5 places down penalty in the results of the “SuperFinal”.

The winner of the “SuperPole” earns 1 World Championship point.

Winner of the event

The winner of the event is the rider who scored most points overall adding the points results from “SuperPole” + “RaceOne” + “FastRace” + “SuperFinal”.

Winner of the Championship

A maximum of eight (8) tyres is allowed per event. This maximum total quantity indistinctly includes front and rear tyres.

A total of eight (8) tyre stickers will be handed to each rider.

The tyres will also be marked by the FIM Championship Official Tyre Supplier with a sticker on the left sidewall of the tyre.

Goggles must be worn during all on-track competition. In adverse racing conditions during a race, riders may take off their goggles but it is strongly recommended to get a new set in the pit lane during the next lap.

Riders must wear unmodified full upper body protection (front and back in accordance with the FIM Technical Regulations Motocross).

Riders must display the FIM and FIM Championship logos on the upper front torso area (left side) of their leather suit and/or bib (when the rider is wearing a bib over his leather suit).

The rider’s name must appear on the shoulder line of his leather suit and/or bib (whenever a bib is used). The rider’s starting number may appear on under his name but must be the same as the one he has been allocated for the event.

Riders must display the FIM and FIM Championship logos on the front and side number plates of their motorcycle. There must be a minimum clear space of 10mm between the logos and the number below.

Any motorcycle without the logos of the FIM and the FIM Championship on the front number plate will be considered not in conformity with the Regulations and the rider will not be allowed to enter the course.

Riders must display the FIM Championship Official Tyre Supplier logo on the front fork covers of their motorcycle.

Any motorcycle without the logo of the FIM Championship Official Tyre Supplier logo on the front fork covers will be considered not in conformity with the Regulations and the rider will not be allowed to enter the course.

The regulations for the FIM S1GP SuperMoto World Championship are available HERE.

Please note that articles amended as from the 1ST January 2021 are in bold type.