S4 WILL BE HELD OVER THREE ROUNDS: ADDED FORCAREI 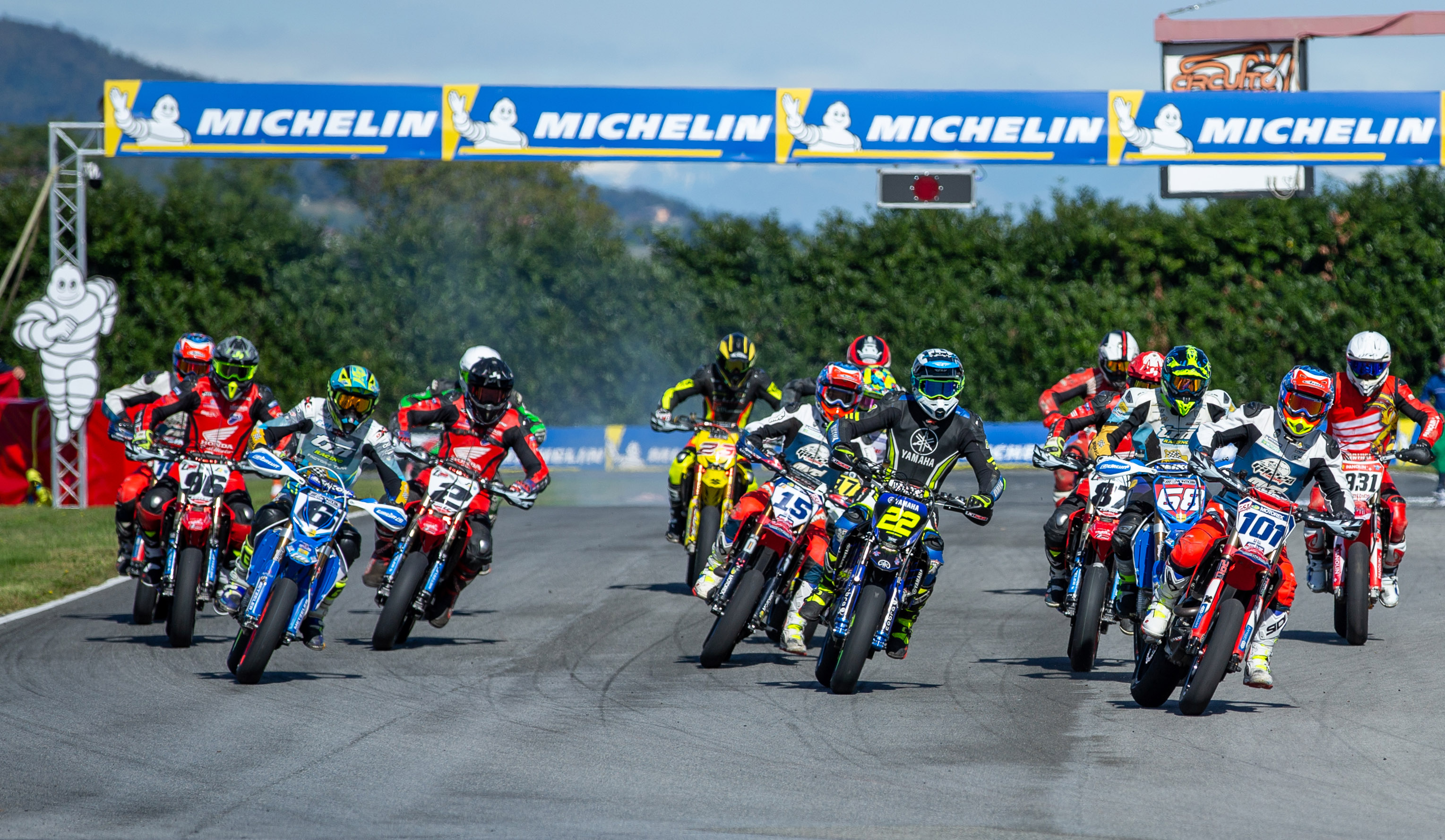 Martigny (Switzerland), 19 April 2021 – Given the numerous requests and interest in the S4 European SuperMoto Cup, the promoter Xiem and the FIM Europe in agreement with the organizer, teams and riders have decided to add a round in the new S4 European Supermoto Cup , only on asphalt at Forcarei, Spain.

The S4 European Cup twill be held over three rounds on the same weekends of the S1GP World Championship and S2 European Championship: on June 27th  in Ortona (Italy), on 22nd August in Forcarei (Spain) and on October 17th  in Castelletto di Branduzzo (Italy) ,  that  will award the Title of S4 European Supermoto Cup.

Free Practice and Time Practice on Saturday and two races on Sunday will be the background at the SuperMoto World Championship.

Please find below the calendar updated