THE FIM SUPERMOTO WORLD CHAMPIONSHIP CONTINUES THIS WEEKEND IN SPAIN 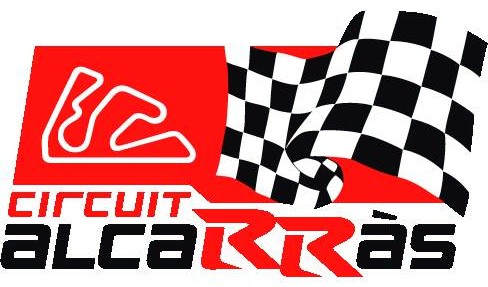 Alcarras (Spain) 5 May 2022 – This weekend the Supermoto World and European Championship continues with the GP of Catalunya (Spain) at the Circuit d’Alcarràs in Alcarras in the region of Catalunya. The racetrack near Lleida has hosted the FIM Supermoto of Nations in 2016 and is now, after several years, ready for the second round of the season. The track is a combination of high speed straight, tight corners, a sky-section and an challenging fast off-road section and will to test the riders and the bikes to the maximum of their capabilities. Second Round for S1GP and S4 and SM Junior class, Alcarras will be the first race of the season.  With very good weather conditions predicted and free entrance for the public, the GP of Catalunya will be the perfect sequel of the season.

After an epic start of the season in Busca, the riders are back on track to continue with the battle  for the 2022 championship title. L30 Racing/TM Factory rider Marc-Reiner Schmidt has won the first round in Italy and it determined to stay undefeated. The team of L30 Racing/Tm Factory will completed again by Estonian rider Patrick Pals and Italian rider Elia Sammartin who is currently fourth in the championship. The number two in the S1GP class after the first race, SMX ASD rider Thomas Chareyre will do his upmost best to take his first victory of the season. Next to Chareyre, the team of SMX ASD will have French rider Michael Amodeo and Belgium rider Romain Kaivers at the start in Spain. Third in the championship is TMS Tuning Motorsport rider Milan Sitniansky. The Czech rider will try to stay in the top three after his succesfull start in Busca. The team will have three riders in total this week-end. Sitnianksy will be joined by two Brazilian riders Justino Kleber and Roberto Floresi Guizardi. KTM MTR Racing riders Lukas Hollbacher and Andy Buschberger will defend the orange colors of the Austrian brand. Hollbacher is currently fifth in the championship and the fastest baker of Europe is determined to fight for the victory again in Alcarras. Gazza Racing Honda Red Moto will only have Rookie riders at the start this week-end Jannick Hintz, Youry Catherine, who is second in the Rookies Cup and Belgium rider Romeo Fiorentino are the riders for the team of Max Gazzarata this week-end. The leader in the Rookies Cup after the first round, TC4R1 rider Axel Marie-Luce will also be a the start gate again and will try to extend his lead but the young French rider is also aiming for the top five overall. The team of TC4R1 is again completed by Steve Bonnal. After some bad luck in Busca, SBD Union Bike rider Giovanni Bussei is back in action again and the experienced rider will set his sight on the top ten again. DDC Racing rider Daniele di Cicco had a good solid first race of the season and will try to continue his season in the same way. Vertemati Racing is also back at the start with their rider Michael Vertemati. After missing the first race in Italy, SMOT Racing is back in the championship with their rider Mitja Krasniqi. Next to the teams, a large group of private permanent riders, Tim Szalai, Nicolas vanDommele, Hampus Gustafson and Yannick Bartschi are present again in Spain.  The large field of 32 riders from 13 countries is completed by a large group of wildcard riders from all over Europe. Two of them are fast Spanish riders with the name of Ferran Cardus and Jauma Gaya. Both riders are very experienced and former World championship contenders. With the race held on their homeground, both will be outsiders for the podium. A group of four Dutch riders will be also present. For Thieu Tausch, Wouter Straver, Joshua Das and Jeffrey Ganseman the race in Spain means the start of their preparation for the Nations later this year.

In S4 class of the Supermoto European Championship L30 Racing TM Factory rider and leader in the championship Alex Ruiz-Gimenez is back on his homeground in Spain and will be more determined as ever to take the victory. The young Spanish rider will have to battle hard with his teammate Kevin Vandi but also with Italian riders Marco Malone from FRT2 Racing and Alessandro Morosi from Gazza Racing Honda Redmoto.

The SM Junior class will have 12 young riders on the starting grid from six countries from all over Europe. With this new class the future of the Supermoto sport will be granted.