OFFICIAL PRESS CONFERENCE OF THE S1GP OF SARDINIA 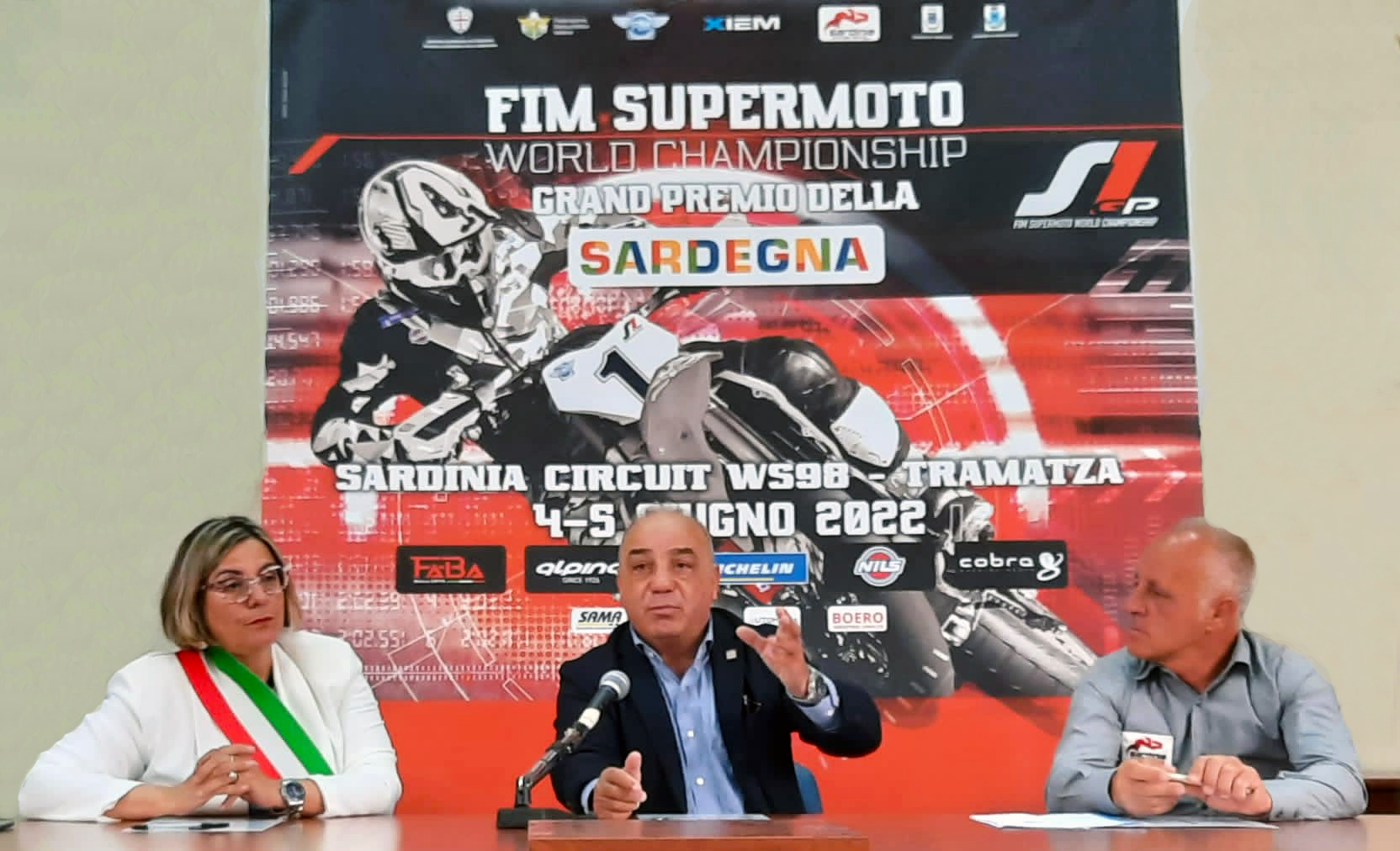 Martigny (Switzerland), 26 May 2022 – The third Grand Prix of the FIM SuperMoto World Championship, S1GP of Sardinia that will be hosted for the first time at the Sardinia Circuit of Tramatza (Oristano, Italy ) was presented  this morning at Tramatza by the mayor of Tramatza Maria Sebastiana Moro, by the Sardinia Region Minister of Tourism Giovanni Chessa and by the Organizer Gianfranco Sulis.

Maria Sebastiana Moro – mayor of Tramatza: “For our country it is an honor to be able to welcome these riders who come from all over the world. In addition to the Councilor, the thanks of our community goes to the manager of the track who has bet and worked hard to arrive to this result. To promote the development of the territory, however, it is necessary that all the municipalities of the island network to promote and enhance all the initiatives. The Region has believed in the sport-tourism combination from the very beginning and has invested significant resources to promote international events.”

Giovanni Chessa – Sardinia Region Minister of Tourism :  “Organizing a world event enriches the territory, thinking Tramatza hosting a Supermoto event. I took the pandemic as a great opportunity, the world was at a standstill and we instead went out into the world to say that demonstrations could be organized in Sardinia. The Cna reports three months ago said that the greatest growth in tourism in Italy was recorded in Sardinia. The actions we have promoted and the investments have yielded an important result. We are bringing the world to Sardinia with these sporting events, especially global ones. This Supermoto World Championship event gives Tramatza a huge economic opportunity. Hosting these riders and their teams is important, today they come to compete and then they will come back as tourists “.

Gianfranco Sulis – Circuit Manager: “We have made a dream come true. I am sure that these young riders will return to training also in winter, but I hope to be able to host other important events as well. I would like to thank Danilo Boccadolce, Xiem Ceo, for the opportunity it gave us by entering  in the S1GP calendar.”