FIRST ANALYSIS OF THE 2022 SUPERMOTO SEASON 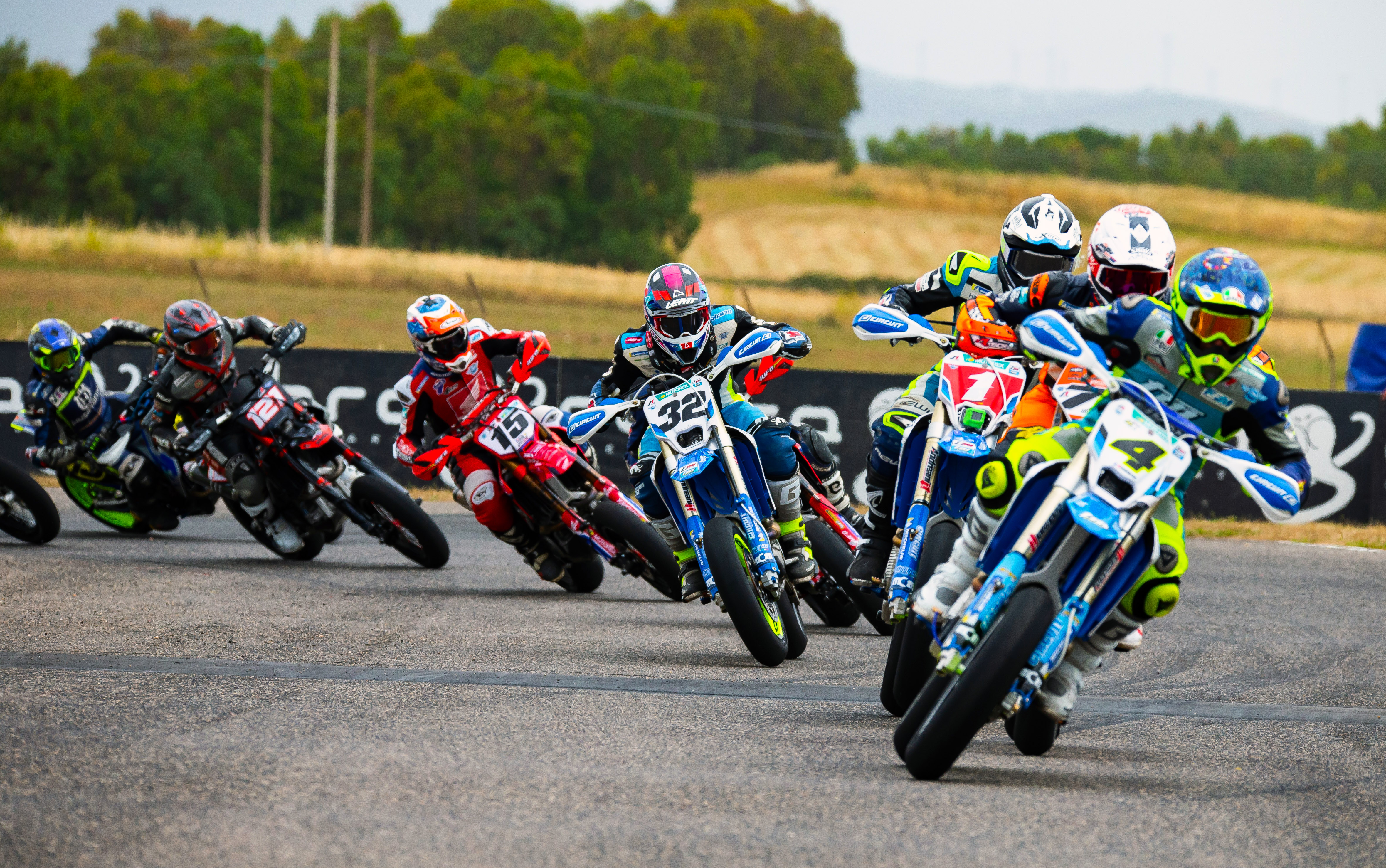 Martigny (Switzerland) 17 June 2022 – After two difficult years XIEM has managed to maintain a high-level Supermoto World Championship quality standard, this year the recovery was confirmed by the constant presence of 32 riders on the grid.

The promoter, together with the organizers, team and FIM have always believed in the recovery and together they managed to plan with optimism the new season even more interesting than in the past.

We are halfway through the season and the first results are very positive, riders from 11 countries and among them all the national champions of the various countries of origin, this has allowed us to raise the level of competition and therefore the interest from the media, today we can boast an intercontinental visibility as well as the interest of the various political authorities who have discovered the added value that our discipline brings to the territories.

Around the world of supermoto revolves a market not only linked to the trade of motorcycles but also of accessories and particular parts, very interesting with important turnover and witnessed by the partners who have renewed their trust for many years.

The race format is liked and the inclusion of the new Rookie class was a winning formula, many rookie riders have understood the spirit of the competition and challenge the top riders at each GP and this is important for them and to try to “discover” new ones talents. For next season Xiem is thinking of a new formula to gratify the Rookie riders even more because he knows they are very important.

Danilo Boccadolce, XIEM CEO: “We have some very ambitious projects in the pipeline that for the moment I prefer not to reveal, but if they were to materialize, they would allow us to make an important leap in quality, especially from an economic and visibility point of view.

This year the calendar is spread over five countries (Italy, Spain, Czech Republic, France and Belgium where we will make the debut of the Nations on the beautiful circuit of Mettet). The calendar was deliberately contained in the numbers of the Grand Prix because we know that teams and riders also have to face the expenses for participating in the various national championships but in the future is possible also increase the Rounds with concrete advantages for the most demanding trips and overseas.

This year we made our debut with the Junior European Championship but with a reduced number of races to keep costs down and we are very happy with this class because these guys are very good, they are our future and deserve all our attention, next season the the racing calendar will be more demanding and the attention on this category will certainly be greater.

Finally we will try to find a balance also for the new class of the European S4 on road Championship which is the class that has the most difficulty in taking off but we also know the reason, in all of Europe there are few countries in which this category is developed but we will try to find the solution to develop it because it certainly has potential.

I would like to conclude this brief balance by assuring all interested parties, teams, riders, organizers and partners that we will do everything possible to bring the Supermoto World Championship to the highest levels and thank the FIM and FIM Europe staff with whom we have established positive synergies essential for the sport development. ”