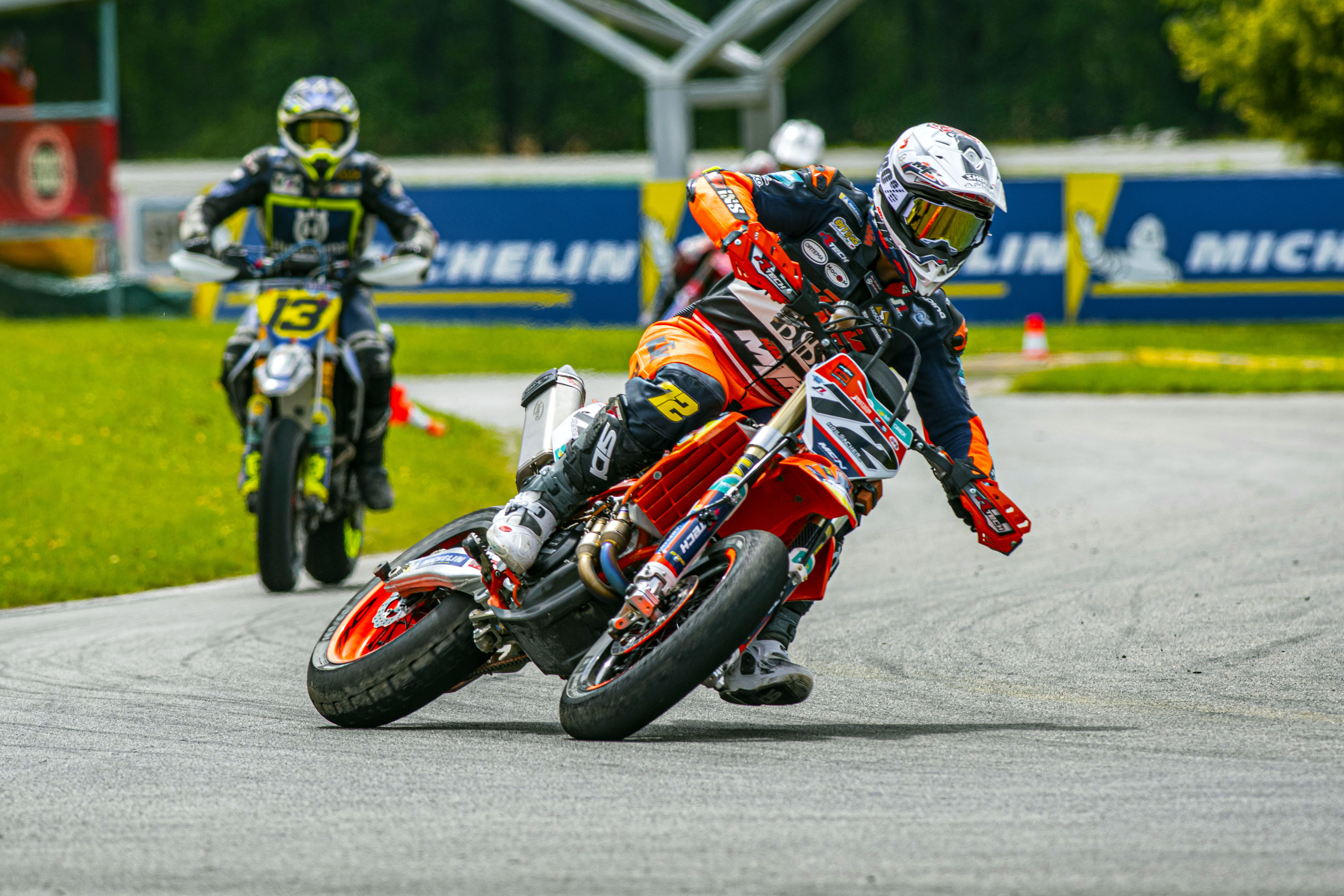 Vysoke Myto (Czech Republic) , 9 July  2022 – The fourth Grand Prix of the 2022 FIM Supermoto World Championship is held this weekend at the Autodrom of Vysoke Myto, the track is perfectly ready with its fast tarmac corners and straights, and demanding off-road sections will for sure challenge the readiness of all the riders and bikes.

In  cloudy weather conditions, today the free and time practices, Superpole and RaceOne were held. It was KTM MTR rider Lukas Hollbacher who took the victory in RaceOne. The weekend will continue tomorrow the FastRace and the Superfinal.

Free Practise 2 resulted into identical podium positions, just with minor changes in gaps. The training has been won by Lukas Hollbacher again, but this time he has only won it by a tiny margin of +0,005 to second rider, Marc Reiner Schmidt.Third place was taken by Thomas Chareyre (gap +0,2), whereas on the 4fourth position there was local rider Milan Sitnianský with gap of +0,714 to the winning Hollbacher.

L30 Racing TM Factory rider Marc Reiner Schmidt has squeezed the best of him, claiming first place (1:18.505) by a solid margin, ahead of his teammate Elia Sammartin  in 2nd (+0,257), and Sitnianský for Tuning Motor Sport in 3rd (+0,265). Chareyre , Hollbacher and best Rookie, TC4R1 Racing Steve Bonnal to get along to Super Pole.

Race one was started just according to the schedule at 16:30. All the riders rushed into first corner after the lights went off, and managed to slip through the first chicanes of the race without problems.

A quick starting reaction and solid performance of KTM KTR’s rider Lukas Hollbacher in the first corners resulted in gaining two positions and leading the pack, whareas pole man Marc Reiner Schmidt on his TM had lost one position to Hollbacher just as Chareyre on his TM. This triplet has split from the rest of the field and the were slowly stretching the gap ahead up to 10 seconds on finish line. Despite hard work of chasing riders, there was no change on the podium positions after excellent start of KTM KTR’s rider Lukas Hollbacher, who eventually seized the victory in Race One, stretching the gap to Schmidt and Chareyre to almost 2,5.

Behind the podium positions, Elia Sammartin had to figh for the fourth spot. He managed to start well, however he could not keep the pace of the first triplet. He has been followed closely by a Frenchmen Tim Szalai in the first few laps. Szalai managed to start also very well gaining two positions from starting #7. Szalai on his Husquarna has been chased by Milan Sitnianský on his Honda and Mickael Amodeo on TM bike. Sitnianský managed to overtake Szalai in lap 2, taking back his starting position and consequently slowly closing up the gap to Elia Sammartin riding for L30 Racing TM Factory. In lap 3, Tim Szalai had a small accident resulting in losing five places.

As of lap 4, the positions in the Top 9 did not change until the end of the race, although some attacks and fight were to be seen.