MARC-REINER SCHMIDT VICTORIOUS UNDER THE DOWNPOUR IN CASTELLETTO DI BRANDUZZO 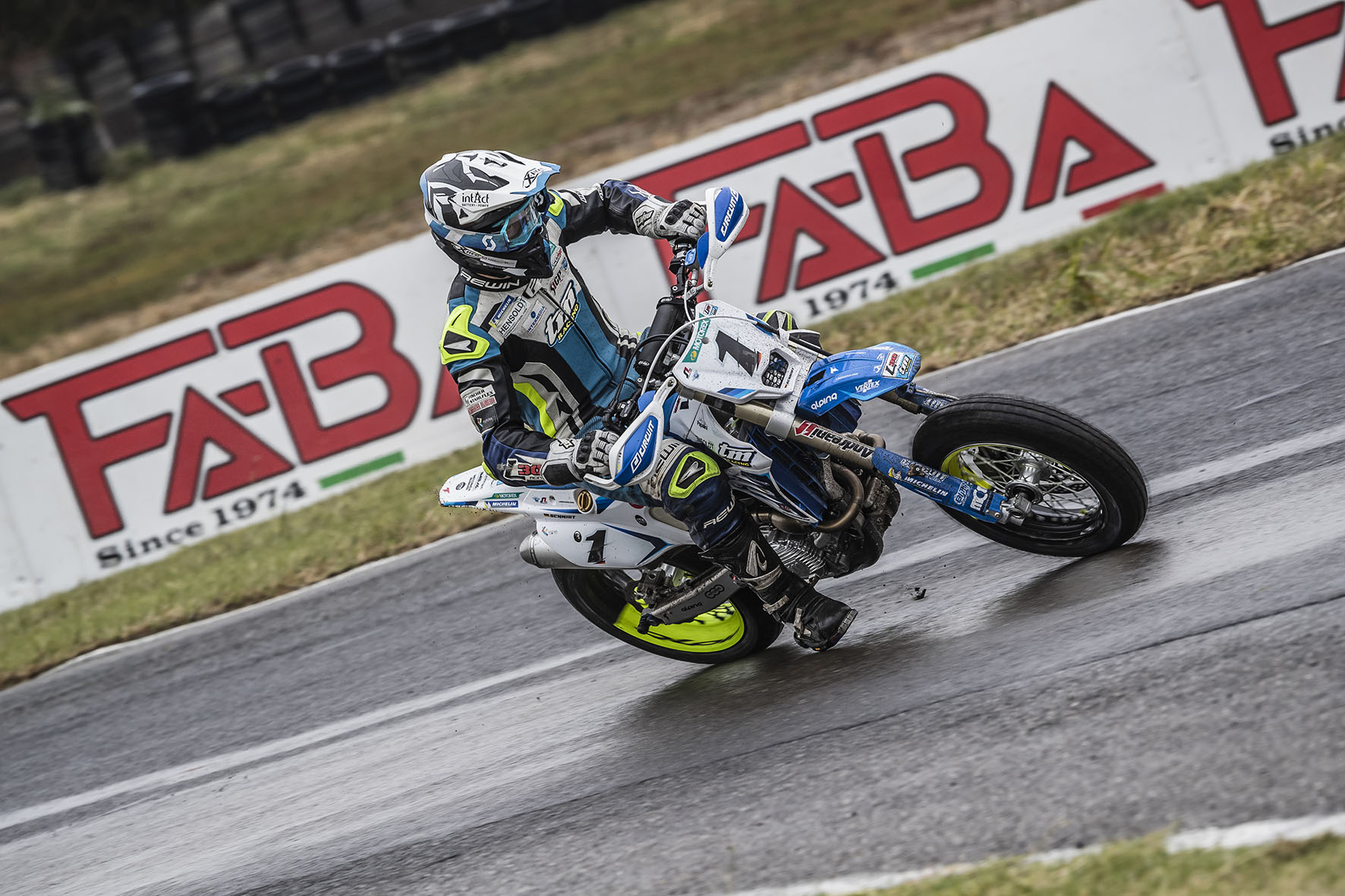 The heavy rain that fell throughout the day made the layout of the “Motodromo” circuit even more technical than usual. The top riders of the category put on a remarkable show.

The qualifying session was affected by the wet conditions of the track and despite the little grip, defending World Champion Marc Reiner Schmidt (L30 Racing TM Factory) topped the qualifying. Despite the slippery track and the lack of grip, the tough German rider was the author of a phenomenal performance which secured him the top spot in the provisional standings. Lukas Hollbacher (KTM MTR) classified second while Thomas Chareyre (SMX) did not confirm the result achieved in the second round of the free practices and finished in third position. The trio would battle it out for the Superpole also with Milan Sitniansky (Tuning Motor Sport), who was fourth, and Steve Bonnal (TC4R1 Racing) whose excellent performance allowed him to reach the fifth spot and be the leader of the Rookie standings. The sixth best was the Italian Elia Sammartin (L30 Racing TM Factory), who could not find the right feeling with the wet track.

The riders competing for the Superpole put on an astonishing show starting with Thomas Chareyre, who showed his talent and set an extraordinary time which was almost one second faster than the fastest time set in the time practice. Lukas Hollbacher could not get any closer and classified with a gap of two seconds over his rival. Marc Reiner Schmidt was the last rider to get to the track and his speed in the intermediate time was very close to the one of the French challenger; in the second part of the track Schmidt could have tried to conquer the pole position but his TM lost power right after the off-road section and lost his chance to reach the pole eventually classifying third.

As the lights blinked off Thomas Chareyre (SMX) pulled away and was the fastest to cross the first corner and was chased by Marc Reiner Schmidt (L30 Racing TM Factory). Schmidt was skillful enough to overcome Lukas Hollbacher (KTM MTR), who did not take full advantage of the second spot of the starting grid. Marc Reiner Schmidt did not waste time and after a few corners attacked Chareyre and took the lead. Hollbacher tried to keep the pace of the TM riders but had to give up after a few corners.

The race pace of both Schmidt and Chareyre was very intense for the entire race and despite the French rider got very close to the German rival, Schmidt opened a gap over Chareyre thanks to his great performance in the off-road section.

Marc Reiner Schmidt was the first to take the chequered flag and took the first victory of the racing weekend, followed by Thomas Chareyre and Lukas Hollbacher, second and third respectively. Steve Bonnal was sixth and was also nominated best Rookie rider.

In the photo: #1 Marc-Reiner SCHMIDT