LUKAS HOLLBACHER STARRED AT THE GP OF LOMBARDIA 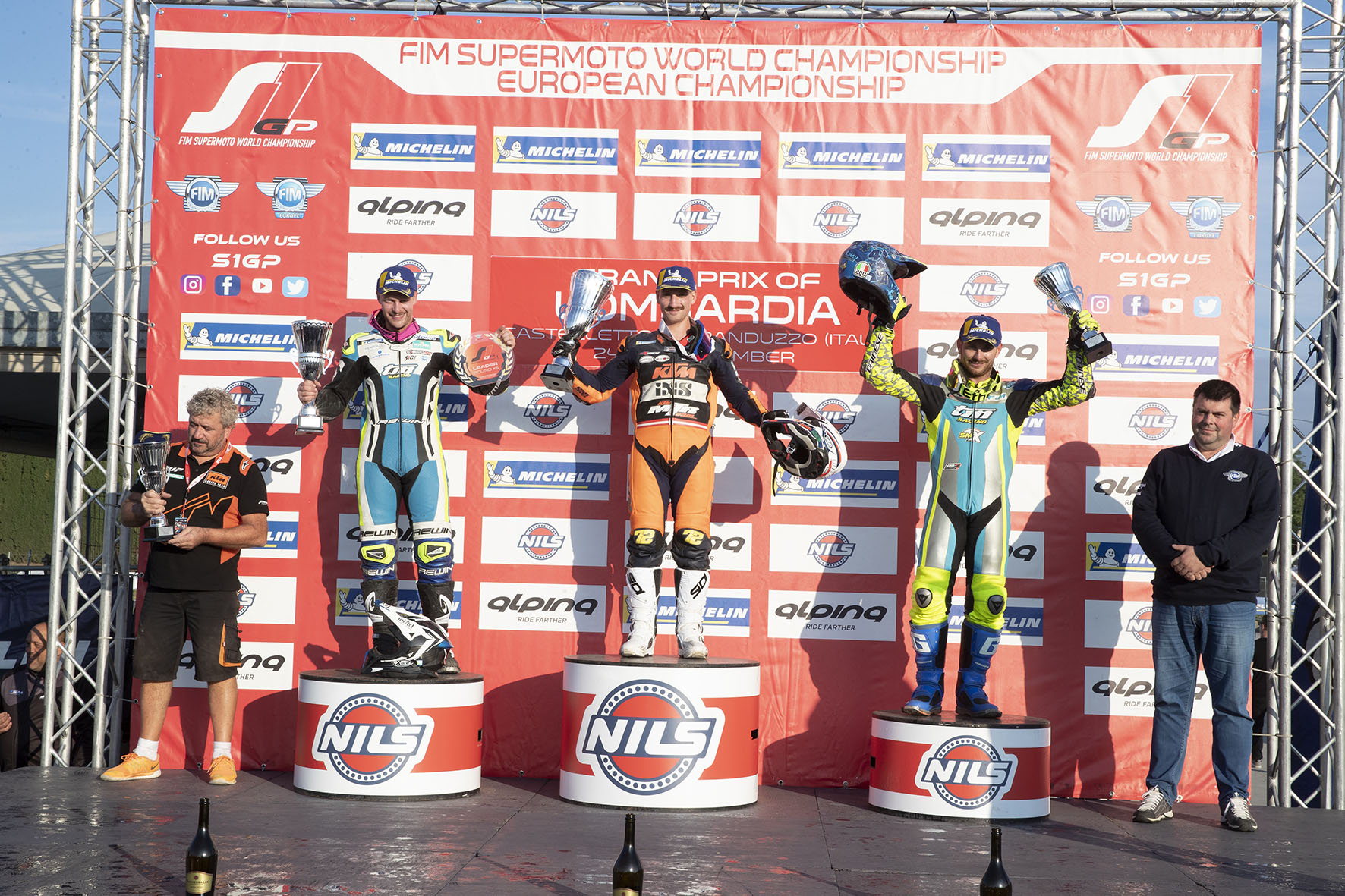 As used during this racing season, the opening heat of Sunday was the Fast Race and it featured 7 laps in total. Thomas Chareyre (SMX) led the field after the first corner right in front of Marc Reiner Schmidt (L30 Racing TM Factory) and Lukas Hollbacher (KTM MTR). During the first lap Schmidt moved at the front and opened a gap over rivals. Behind the race leader, Hollbacher got up to speed and overcame Chareyre but soon after that he also reached the front runner and overcame him too. Thanks to a solid margin the Austrian rider won the race, chased by Marc Reiner Schmidt and Thomas Chareyre; the latter classified third as he struggled to reach the desired race pace.

In the Rookie Cup Steve Bonnal (TC4R1 Racing) put on stage a solid race and classified among the top positions of the standings following veteran riders. Andreas Buschberger (KTM MTR) took the runner up spot in the Rookie Cup while Romain Kaivers (SMX) was third. Alexis Marie Luce (TC4R1 Racing) did not find the right feeling with the track and classified fifth also losing several points in the Championship standings.

The final race of the day was the Super Final, whose starting grid is made according to the results of the Sprint Race. The pole position went to the Austrian rider Lukas Hollbacher (KTM MTR), who took full advantage of it and took the lead of the race right after the first corner. The KTM rider’s race pace was very intense and despite Marc Reiner Schmidt (L30 Racing TM Factory) chased him to overcome him nothing changed, not even in the “Joker lane”. The third position went to Thomas Chareyre, who slipped several times throughout the session because of the front tyre and could not set the desired race pace.

In the World Championship standings Marc Reiner Schmidt remains the red plate holder despite his gap over Lukas Hollbacher decreased of a few points. The latter conquered the runner up spot overcoming Thomas Chareyre, third.

The Rookie Cup was featured by tough battles among riders but the victory went to Youry Catherine, author of a thrilling heat, who was followed by Romain Kaivers and Andreas Buschberger.  Despite winning the first moto Steve Bonnal made several mistakes which took him far from the top positions. Romain Kaivers won the race, while Catherine and Buschberger were second and third. Alexis Marie Luce remains the leader of the Rookie Cup.

In the photo: S1GP PODIUM