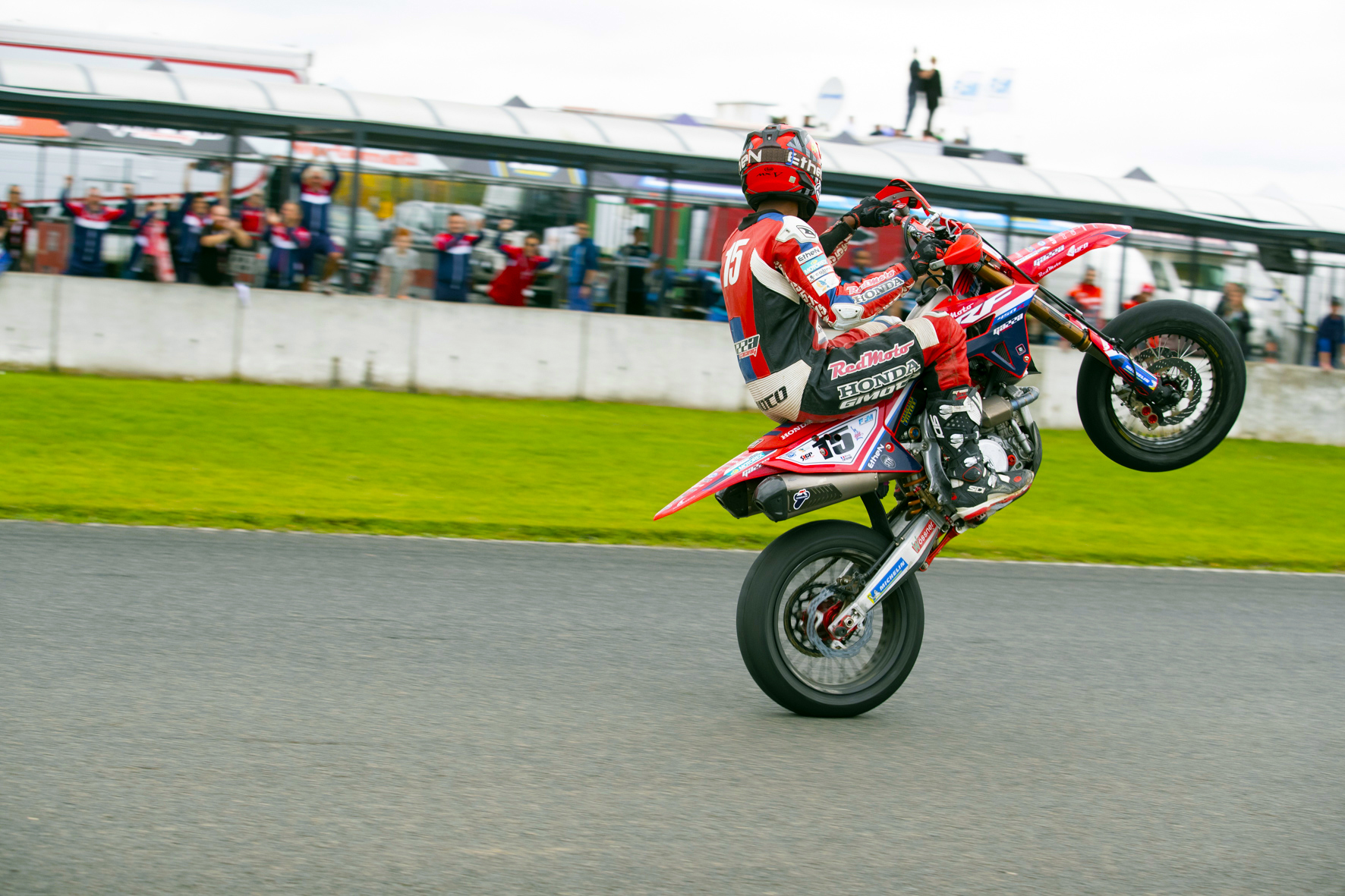 The young rider said: “ I had a start of the season a bit complicated but I recovered and reached the final leading the championship confirming the Title. I am proud to have reached the Rookie Cup because I made many sacrifices to get there.”

Max Gazzarata, Team Manager: “There couldn’t be a better conclusion to this season, Youry proved his maturity despite his young age managing the last points and the last races well, he was very close to the title and managed to keep his concentration high. This is certainly the result of these last three years in which he has lived with us doing the Accademy with me with an intense training program. It is the crowning of a dream for both, for the team and for Honda which in the last two years has won two Titles, European and Rookie, plus the two Nations Titles, so we proceed in the same way knowing that next season Youry will fight with the “Kings” of the Supermoto. We would like to thank all those who supported us, see you next year!”

About my training I do cardio and motorbike every day.

I was born and I live in Martinique but during the season I stay in Italy.

I finished the school and now I dedicate myself completely to the motorcycle.

I started motorbike at three years old and at thirteen I leaved Martinique – where I won the Championship – to France, to continue Supermoto, I knew Gazza Team that welcomed me and I am always with them.

In the photo: #15 Youry Catherine