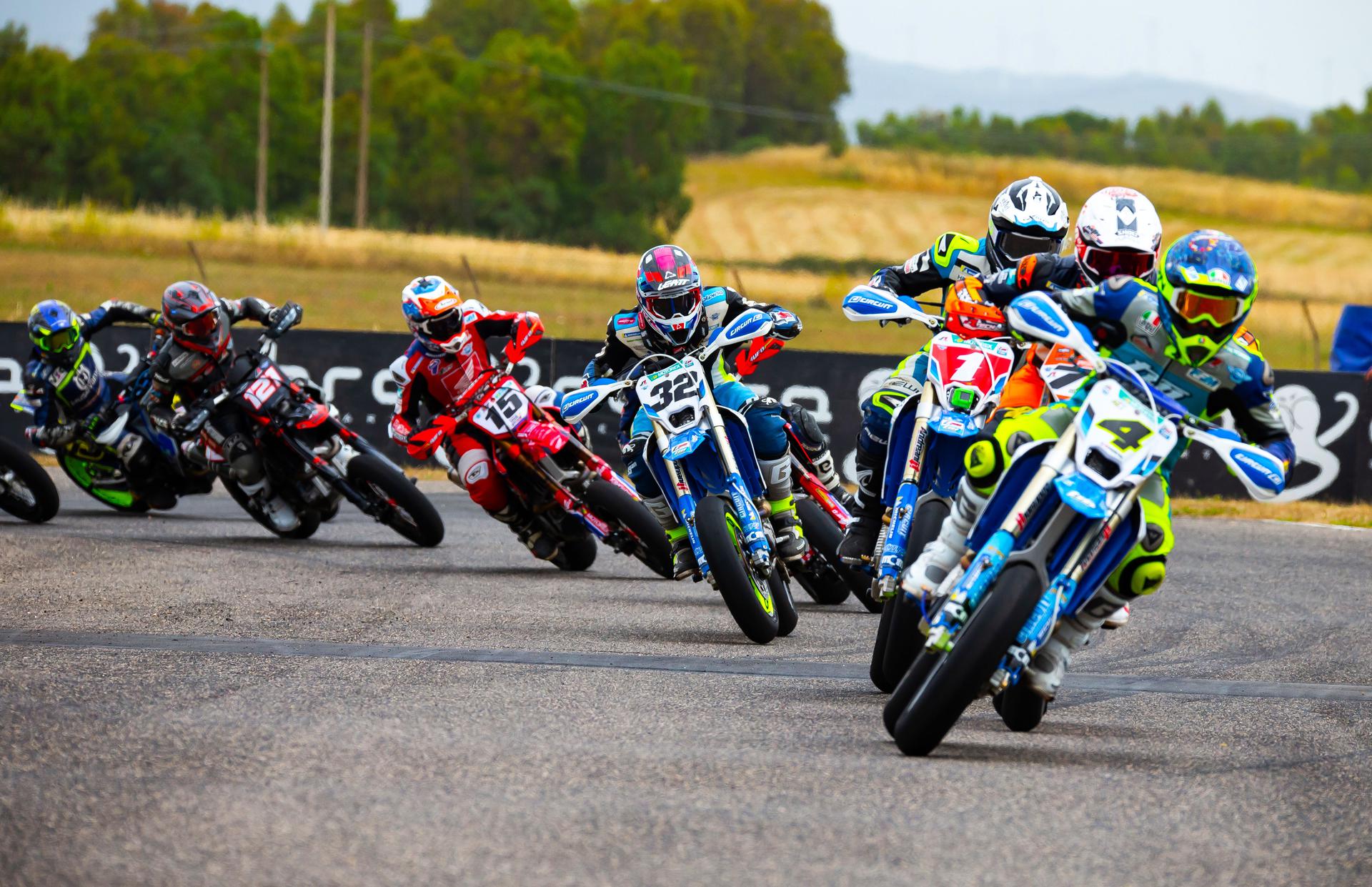 Martigny (Switzerland), 08 December 2022 – XIEM is pleased to announce the 2023 FIM Supermoto World and European Championship calendar with the great news of the Grand Prix of Germany which after so many years returns on 11 June on the street circuit of St. Wendel, the spectacular Bulgarian Grand Prix on July 16 on the Pleven circuit, the only one in the world built specifically for supermoto and finally the championship will end for the first time on the historic street circuit of Mettet in Belgium on October 8. Confirmed the Grand Prix of Catalunya, Sardinia and Italy, the Supermoto of Nations will back to Italy on October 15th on the well-tested Motodromo of Castelletto di Branduzzo.

In the photo: S1GP of  Sardinia start